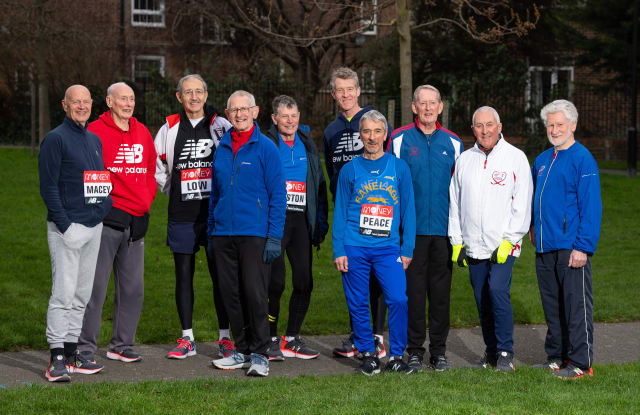 The decision to exclude all but elite runners from this year’s London Marathon means a gang of veteran participants will miss the chance to complete their 40th race.

Known as the Ever Present, the group have competed every single year since the world famous event’s inaugural year in 1981.

Starting off as a band of 42, over the years the Ever Present have been whittled down to just 10, with same planning to make their 40th marathon their last.

But now their plans are in disarray and they are still deciding if and how they will be able to take part this year.

Former primary school head teacher Micheal Peace told the PA news agency: “We are disappointed with the news but in the grand scheme of things there are worse things happening in the world.

“I think we realised that a mass participation event just wasn’t going to happen at this time of year so it wasn’t a great shock, just a bit of a disappointment.”

He said the Ever Present were considering taking part in the virtual race, and that some were also considering meeting up to run a 26.2 mile route together.

Mr Peace, 70, who lives on Dartmoor, said he had been managing to keep up with his running during lockdown.

“Where I live it is more a question of trying to find other people rather than trying to avoid them,” he said.

“You can run for a couple of hours and not see a soul.”

Charles Cousens, 78, from Lowestoft, Suffolk,  was unconvinced by the idea of a virtual race conducted via a running app.

Mr Cousens, who had been working as a barber right up until shutdown, said: “We will just have to go with the flow but after 39 years this was all I needed, this was going to be my last one.”

He said he hadn’t made up his mind whether he would try and take part in the marathon in 2021, or whether the Ever Present would try and put some kind of event together to mark his final race.

No spectators will be permitted as the runners complete their 19.8 laps of the park, although it will be broadcast by BBC Sport.

Ever Present Terry Macey, 72, said: “It is sensible objectively but a bit disappointing subjectively, but it’s been 39 years that we’ve enjoyed the marathon so I think we just have to roll with it.”

Mr Macey, who is a full-time solicitor, said he is planning on doing the virtual marathon.

He said: “I don’t quite know how you do a virtual marathon, I will have to work it out.

“I live in Blackheath (south-east London) about 10 minutes from the start of the race – perhaps I can do my virtual race running around the heath. That would be brilliant.”

Mr Macey said it had been a bit hard to focus on training without having the event on the horizon, but said: “You just have to make the most of what is available.

“If it is virtual and running around on our own, great – I will have to study the detail.”