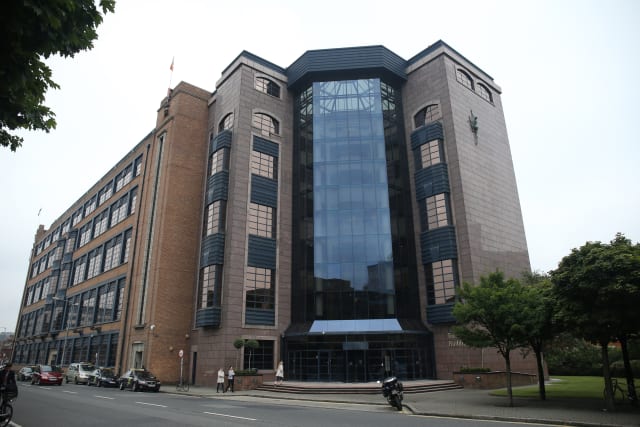 The PPS decisions come after a long investigation by the National Crime Agency into the £1.2 billion sale of the Northern Ireland property loanbook held by the Irish Republic’s National Assets Management Agency (Nama).

The loan book was sold to US investment fund Cerberus in 2014 in a deal named Project Eagle.

Another US company, Pimco, withdrew an earlier bid after expressing concerns on how the transaction was to be structured.

Nama was set up by the Irish Government in 2009 during the financial crisis to off-load non-performing loans acquired from troubled banks.

Mr Cushnahan, 78, is to be charged with one count of fraud involving a failure to disclose information between April 1 2013 and November 7 2013.

Mr Cushnahan and Ian Coulter, 49, are also to be jointly charged with one count of fraud involving a false representation made on or around April 3 2014.

– One count of fraud involving a false representation made on or around September 11 2014;

– One count of fraud involving making an article in connection with a fraud on or about August 13 2014;

On Thursday, the PPS said there was insufficient evidence to prosecute six other people in relation to the sale.

In November 2018, the PPS announced a decision not to prosecute another individual.

PPS assistant director Ciaran McQuillan said: “A considerable volume of evidence submitted to the PPS has been painstakingly examined by a team of experienced and senior prosecutors, with the benefit of advice from two senior counsel.

“As a result, it has been concluded that there is sufficient evidence for two of those reported to be prosecuted for a number of serious charges.

“Whilst the test for prosecution was met in respect of two suspects, it was considered not met on evidential grounds in respect of seven further individuals with regard to the Project Eagle investigation.

“All decisions were taken in full accordance with the PPS code for prosecutors and only after a thorough consideration of all issues.”