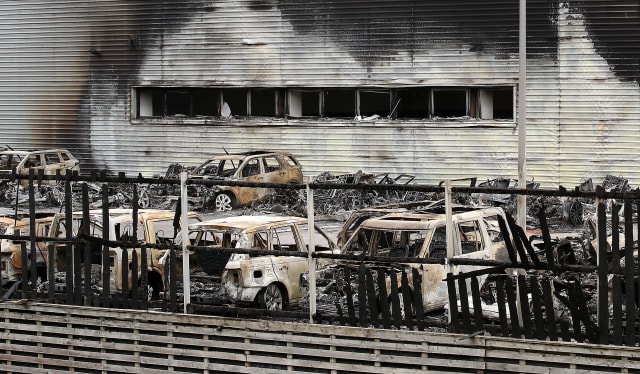 A large fire at a Land Rover dealership is being treated as arson, police have said.

Seven fire crews were called out to tackle the blaze at the Guy Salmon showroom in Stockport after it was reported by a police officer on patrol shortly before 12.40am on Thursday.

Greater Manchester Fire and Rescue Service posted a tweet shortly after 2.30am to say the fire had been brought under control.

The service said: “At its height seven fire engines and a number of support vehicles were in attendance.”

Pictures of the dealership, on Bailey Road, showed several cars appeared to have been gutted by the fire.

“A joint investigation with the Greater Manchester Fire and Rescue Service is under way.”

No injuries were reported.

A statement on the dealership website said: “As you may have seen in the press, we can confirm that a fire broke out at our dealership in the early hours of August 6.

“Thanks to the swift actions of the Greater Manchester Fire and Rescue Service, the fire was contained to the rear of the building.

“The dealership is closed today, but we anticipate that we will reopen on Friday August 7.”