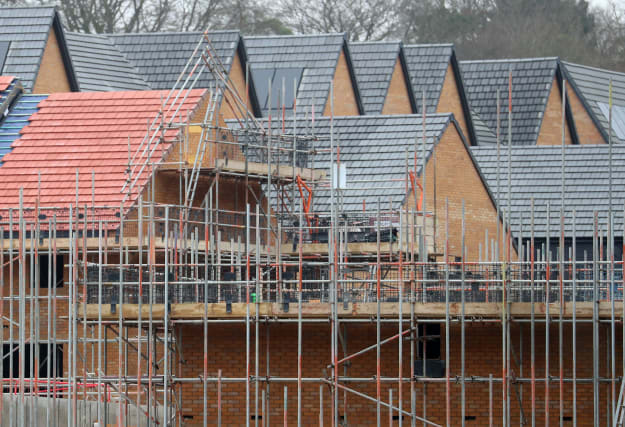 The Government’s new planning proposals aim to deliver its target of 300,000 new homes a year in England, a commitment it set in 2017 which has yet to be met.

The ambitious target was last seen in 1969, according to housing charity Shelter, when councils and housing associations built 47% of new homes.

Housing Secretary Robert Jenrick said the biggest overhaul of planning policy in England in decades, unveiled on Thursday, will make the planning system “much simpler and faster” than the current model.

He said it currently takes seven years to produce a local plan, and five years to “get spades in the ground”.

Data from the Ministry of Housing, Communities and Local Government showed more than 240,000 new homes had been built last year, the highest number in 30 years.

According to its annual report, the National House Building Council (NHBC) said the number of new homes registered to be built per year in the UK had risen by more than 80% over the last decade.

However, despite 90% of applications being approved by councils, the Local Government Association said more than a million homes given planning permission over the last decade are yet to be built.

Shelter found in its analysis on planning permissions and completions, published in August last year, that around 280,000 granted permission between 2011 and 2016 were not built.

It estimated that only a tiny fraction of new-build homes constructed in England last year, some 6,287, were affordable social rent homes.

The National Housing Federation said its member housing associations built around 39,000 affordable homes in 2019 – more than two-thirds of the total – of which 54% were delivered through Section 106 agreements, which are used to require developers to build a certain amount of social homes on a site.

There are concerns that extension to permitted development rights, which allows developers to convert offices into homes without planning permission, could lead to a generation of slums, which Mr Jenrick had rubbished as “complete nonsense”.

It also stated some studio flats of just 16 square metres were found in a number of different permitted development schemes, which ministers have compared to the size of the Prime Minister’s limousine.

The LGA reported that since 2015 there were more than 54,000 new homes converted from offices under permitted development in England, which has potentially led to the loss of 13,540 affordable homes.