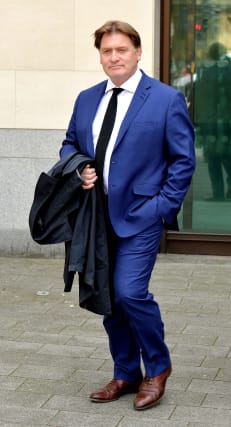 Former Labour MP Eric Joyce is due to appear in court to be sentenced for making an indecent image of a child.

Joyce, of Worlingworth, Suffolk, pleaded guilty at Ipswich Crown Court to the offence, which took place between August 2013 and November 2018.

Judge Emma Peters warned the former shadow minister at an earlier hearing that the offence crossed the custody threshold.

“It’s going to be a question of whether it’s immediate or suspended,” she said.

The defendant, who is on bail, was required to sign the sex offenders register after his admission.

Joyce left Labour to serve as independent MP for Falkirk in 2012, stepping down before the 2015 general election.

He spent 21 years in the Army, rising to the rank of major.

He is due to be sentenced at Ipswich Crown Court on Friday.