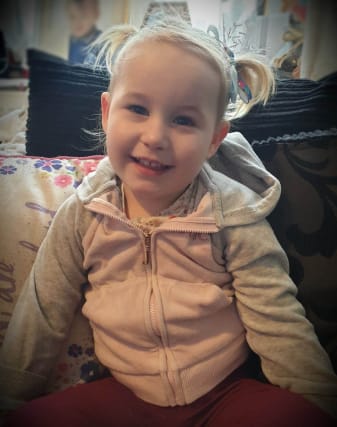 A two-year-old girl has died following the arrest of two people on suspicion of assault and neglect, police have said.

Lola James, from Haverfordwest, Pembrokeshire, died in hospital four days after officers were called to an address in the town on the morning of Friday July 17.

On Wednesday, Dyfed-Powys Police released a tribute to the toddler, written by her father, Dan Thomas, who said he would seek justice over her “cruel” death.

Mr Thomas said: “From the very first time I met my beautiful daughter, Lola Patricia James, my heart was filled with such joy, a happiness I’d never felt before, an unconditional love and need to always protect her for the rest of her life.

“Not in a million years did I think her life would be snatched away from her in such a cruel way.

“All the things she never had chance to learn, see or say, and all the things I will never have chance to teach her – to write her name, ride a bike or drive a car.

“Lola, you have left a hole in the hearts of everyone you met. Your sparkly eyes and beautiful smile will be missed always.

“I would like to thank every doctor, nurse and healthcare assistant that not only helped Lola, but threw everything they had at her to try and save her life.

“To the staff at Noah’s Ark (Children’s Hospital), Cardiff, you truly were amazing.

“Rest in peace has never been so meaningful to me, but rest now, Lola, whilst Daddy seeks the justice you deserve.”

A Dyfed-Powys Police spokeswoman said: “Officers were called to an address in Haverfordwest on the morning of Friday July 17.

“Two people have been arrested on suspicion of assault and neglect, and the investigation is ongoing.

“Her family continue to be supported by specialist trained officers.”

China pushes emergency use of Covid-19 vaccine despite concerns