Cinemas could be used for Scottish jury trials after Odeon test 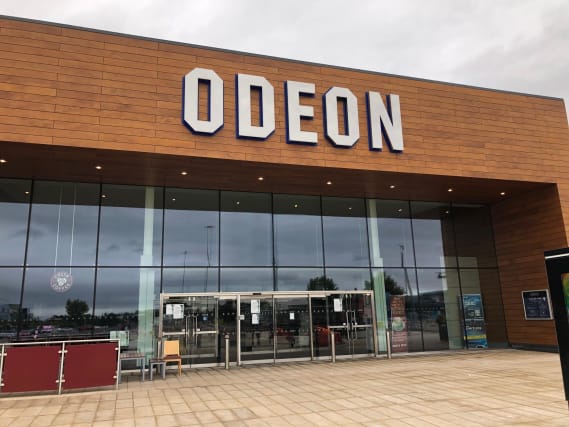 Cinemas in Scotland could be used for jury trials after a test involving an Odeon complex in Edinburgh “worked very well”.

Brian McConnachie QC said a jury was able to watch a mock trial unfold on the big screen at the Fort Kinnaird cinema, which also allowed for social distancing between jurors.

Speaking to the Hey Legal online platform – run by advocate Edith Forrest – Mr McConnachie discussed a remote jury trial he conducted under “the Glasgow model” which had the jury in a separate room of the same court.

But he also revealed details of the Odeon test run and suggested moving juries out of courtrooms could free up space and allow more trials to proceed.

Mr McConnachie said: “If the virtual jury model works – i.e. the jury not being in the court – then that provides much greater flexibility because if that works it doesn’t really matter where your jury are at all.

“If there’s a line of communication you can have the jury wherever and you can have a situation that frees up more courts.

“I’ve no idea if this is top secret or not but my understanding is they’ve done a trial using a cinema at Fort Kinnaird and that apparently worked very well.”

He added: “The technology basically I think exists that makes that a viable option.

“If you did something like that, that would mean you had courts, every court would be free because you have no need to have another court for the jury or indeed for anybody else.

Mr McConnachie also raised questions about the potential streaming of trials, suggesting it “seems a bit ridiculous” to be contemplating using another court for members of the public and press.

He added there “are very few trials where there is a significant public interest”, with not many having 15 members of the public attending.

Under the Glasgow model, trials will have a viewing room for the press and the jury will be in the court public gallery, to enable social distancing, with a second courtroom for jury deliberations.

Meanwhile in “the Edinburgh model” the jury is remote from the trial court with the press and families in the public gallery where the case is being heard.

A Judicial Office for Scotland spokeswoman: “The Restarting Solemn Trials Working Group, led by the Lord Justice Clerk, Lady Dorrian, was set up to investigate the practicalities of different options to recommence trials within the current public health guidelines on physical distancing.

“Jury trials have now restarted at the High Court in Edinburgh and in Glasgow – due to physical distancing requirements, each of these trial requires between two to three courtrooms to comply with public health guidance.

“This reduces the number of trials that can be heard, and the creation of jury centres outwith court buildings is being investigated.

“These could be located in venues such as a cinema complex which provides suitable space and high-tech infrastructure. This would allow more trials to run at the same time.”

She added: “The Working Group is examining the practicalities of this option and will carefully consider the findings before making a recommendation to the Lord Justice General.”