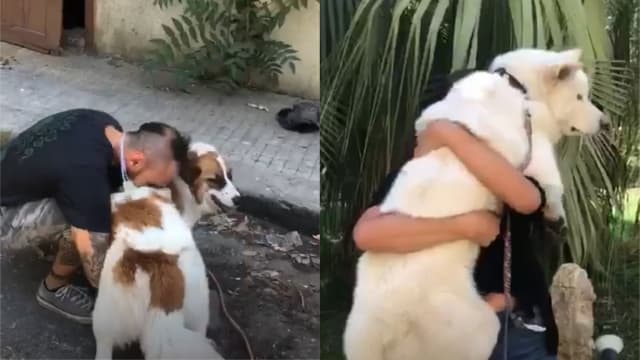 An animal welfare organisation is helping to reunite pets with their owners after a devastating explosion in Beirut on Tuesday.

Non-profit Animals Lebanon is helping to find and treat animals affected by the blast, which has killed at least 100 people and injured more than 4,000 others.

“The goal really now is to reunite people with their lost pets, and that’s been working well, we’ve found owners of at least 20 dogs and cats so far,” Mr Mier told the PA news agency.

The blast damaged the organisation’s office, injuring several cats in the centre with broken glass from its windows.

“We’ve been contacted a couple of hundred times so far since last night, we are the main animal welfare organisation in the country,” Mr Mier told PA.

“So far today we have had more than 40 people out, working in teams of two or three, and that has been ongoing since 8pm last night.

“The goal is to keep going, I know we’re doing good stuff, I know we’re making people happy, but it’s overwhelming for everybody.

“Animals Lebanon has been around for 12 years… but this is the most difficult situation we’ve ever faced,” Mr Mier told PA.

“With the compounding of all these things, the economic crisis, the government collapse… coronavirus, rising unemployment, and now this blast. This is the most difficult situation we’ve ever been in.

“We’re just trying to get through the day. There’s a lot of people ready to help.”

Donations to Animals Lebanon can be made at www.animalslebanon.org