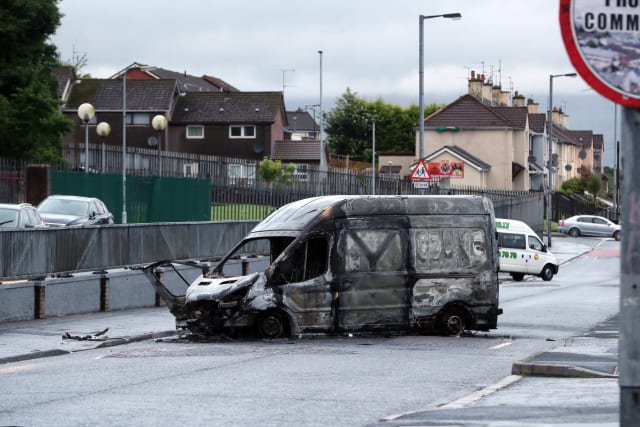 Several vehicles were hijacked in Londonderry on the day John Hume’s remains were returned to his native city.

In the first incident, a van was hijacked in the Rathlin Drive area of Creggan just before 4pm on Tuesday.

It was subsequently found on fire a short distance away.

Around 45 minutes later, a delivery driver was instructed to hand over the keys to his van in the Glenowen Park area.

Thirty minutes later, a bus was hijacked at the top of Aileach Road in Ballymagroarty.

It was set alight, however the fire was quickly extinguished and minimal damage was caused.

Mr Eastwood said: “Derry is a city in mourning today. People are trying to show their respect for a man who brought an end to conflict and worked every day of his life to improve the lives of the people of our city.

“I would appeal to anyone with information about any of these attacks to come forward to police and I would appeal to those responsible to reflect on what they’re doing and call an end to it immediately.”

PSNI Detective Inspector Michelle Boyd urged anyone with information about the incidents to come forward.