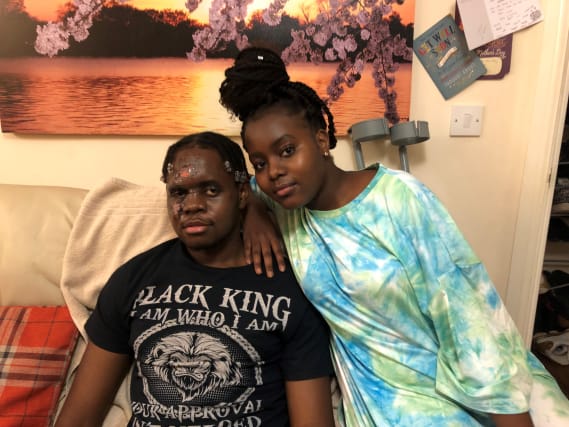 A fourth man has been arrested on suspicion of attempted murder following a racially-aggravated incident in which an NHS worker suffered serious injuries.

The 21-year-old musician, who wishes only to be referred to as K or his stage name Kdogg, was walking to a bus stop after finishing work at nearby Southmead Hospital in Bristol at about 4.30pm on July 22.

He was struck by a car and suffered serious injuries including a broken leg, nose and cheekbone.

Over the weekend, police arrested two 18-year-old men and a 22-year-old man on suspicion of attempted murder in connection with the incident.

Avon and Somerset Police said a fourth man, aged 23, had been detained on Monday on suspicion of attempted murder.

All four have been released under investigation.

A force spokesman said: “All four were arrested in connection with an incident involving a 21-year-old man on Monks Park Avenue, Horfield on 22 July.

“The incident is being treated as a racially-aggravated attack due to the racist language used by the occupants of the car.”

K, a keen footballer, has been left unable to walk without crutches, only able to sleep sitting up in a chair and requiring regular hospital treatment for his injuries.

His family are being supported by the charity Stand Against Racism & Inequality (Sari).

They later laid the placards at the spot where K was injured, where damage could be seen to a wall that was hit by the car.

A fundraising page set up by K’s friend Simeon Mccarthy has received more than £55,000 in donations, and has been supported by the band Massive Attack.

The fundraising page can be found at https://www.gofundme.com/f/help-raise-money-for-nhs-member-of-staff.