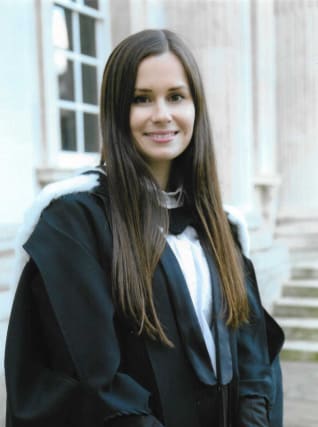 Amnesty International says they are “very concerned” for the welfare of a British-Australian academic who is being held in detention in one of Iran’s most notorious prisons.

Kylie Moore-Gilbert, who was most recently a lecturer in Islamic studies at Melbourne University, had originally been held in Tehran’s Evin prison since she was reportedly given a 10-year sentence in September 2018 on charges of spying.

However, last week she was moved from Evin to the infamous desert prison Qarchak, reportedly as a form of punishment.

“We remain very concerned that Kylie may have been imprisoned solely for exercising her rights to freedom of expression, association and assembly – including through her work as an academic. If so, she should be released immediately and unconditionally.

“Kylie should at the very least be provided with regular access to her family through telephone calls, to a lawyer of her own choosing and to consular assistance, as well as being given all the medical care she needs.”

Mr Papayianni also said Ms Moore-Gilbert had made allegations of torture and those claims “must be immediately investigated and those suspected of responsibility brought to justice”.

He described the conditions at Qarchak, a former industrial chicken farm, as “appalling”.

He said: “According to reports and information provided to Amnesty, conditions in Qarchak are appalling and fall well below the standard minimum rules for the treatment of prisoners.

“Prisoners at the jail have reported overcrowding and filthy conditions, including urine-stained floors, as well as self-harm and rampant drug use. The food has been described as inedible and the water not fit for drinking because it’s so salty.

“There are frequent reports from the facility of assaults against inmates both by other prisoners and by prison staff. This is placing Kylie in physical danger as well exposing her to the risk of infectious diseases.”

On Tuesday, Australia’s Department of Foreign Affairs and Trade (DFAT) said Ms Moore-Gilbert had received a visit from ambassador to Iran Lyndall Sachs.

“Australia’s ambassador to Iran made a consular visit to Dr Moore-Gilbert in Qarchak Prison on 2 August,” DFAT said.

“Dr Moore-Gilbert is well and has access to food, medical facilities and books.

“We will continue to seek regular consular access to Dr Moore-Gilbert.”

Ms Moore-Gilbert’s family said they were “reassured” by the Australian consular visit.

“We, the family, have been reassured after the Australian embassy’s visit with Kylie on Sunday,” they said in the DFAT statement.

“We remain committed to getting our Kylie home as soon as possible and this is our top and only priority.”

Letters smuggled out of prison and published in January revealed the lecturer’s fears for her mental health.

She said: “I’m taking psychiatric medications, but these 10 months that I have spent here have gravely damaged my mental health.

“I am still denied phone calls and visitations, and I am afraid that my mental and emotional state may further deteriorate if I remain in this extremely restrictive detention ward.”

She also appeared to suggest she had been offered the chance to become a spy.

“I am not a spy. I have never been a spy and I have no interest to work for a spying organisation in any country,” she wrote.