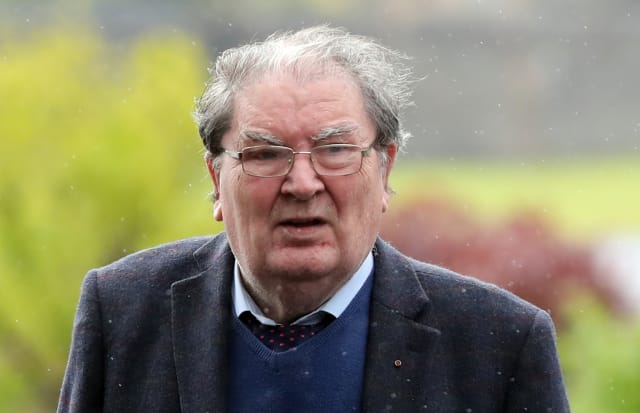 Former SDLP leader John Hume has died at the age of 83.

Mr Hume, who was awarded the Nobel peace prize for efforts in forging the Good Friday Agreement in Northern Ireland, had suffered ill health for a number of years.

The former Foyle MP had dementia and was cared for in the Owen Mor nursing home in Londonderry.

In a statement, Mr Hume's family said: "We are deeply saddened to announce that John passed away peacefully in the early hours of the morning after a short illness.

"We would like to extend our deepest and heartfelt thanks to the care and nursing staff of Owen Mor nursing home in Derry.

"The care they have shown John in the last months of his life has been exceptional."

They added: "John was a husband, a father, a grandfather, a great grandfather and a brother. He was very much loved, and his loss will be deeply felt by all his extended family.

"It seems particularly apt for these strange and fearful days to remember the phrase that gave hope to John and so many of us through dark times: we shall overcome."