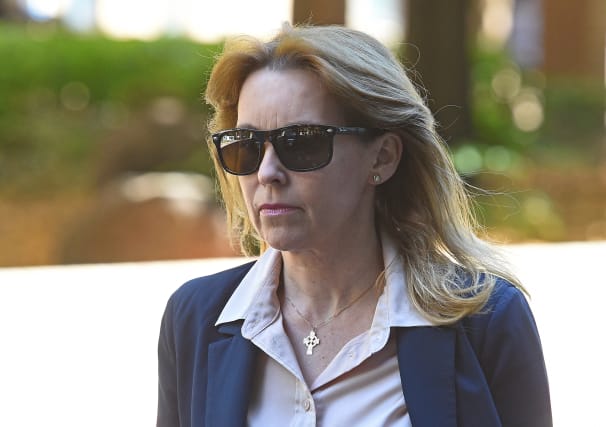 Ms Elphicke told The Sun she dumped the 49-year-old in a private courtroom, following a video call with their teenage son.

She said: "It was just awful. The case has been really unpleasant, horrible, upsetting and humiliating."

Ms Elphicke had appeared to stand by her husband during the trial, when she was photographed holding his hand.

But in a statement after proceedings, Ms Elphicke said: "Today's verdict is one that brings profound sorrow.

"It ends my 25-year marriage to the only man I have ever loved."

The Dover MP's local Conservative association has said she retains their "full support".

Charlie Elphicke served as Dover MP between 2010 and 2019, when he was succeeded by Ms Elphicke.

The jury at Southwark Crown Court dismissed his claims that his accusers were lying, instead believing victims who gave tearful evidence during a three-and-a-half week trial.

Elphicke, a former lawyer who admitted lying to police, his wife and party bosses when the allegations were first put to him, sighed and looked at his lawyer as the jury foreman recorded guilty verdicts in each of three sexual assault allegations.

Elphicke was released on bail but was warned by the judge, Mrs Justice Whipple that he faces the "very real possibility" of jail.