Up to 30 people can meet outdoors in Wales from Monday, says Drakeford 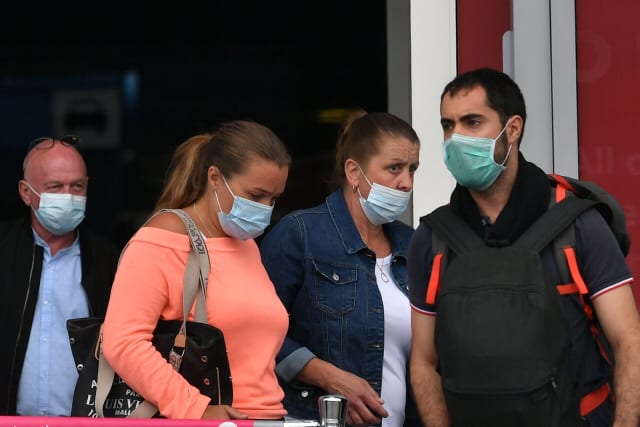 Up to 30 people can meet outside in Wales while maintaining social distancing from Monday, the First Minister has said.

Children under the age of 11 will also no longer need to keep to the two-metre rule while outdoors due to the falling transmission rate in the country.

Mark Drakeford said on Friday that the changes would “help make life easier for family and friends” but would be restricted to outside locations “because we know it’s much safer to be meeting in the outdoors and the sunlight”.

On scrapping the social distancing requirement for under-11s, he told the Welsh Government’s press briefing: “The scientific advice shows that the risk of transmission is lower amongst this age group.

“It will mean that young children can meet their friends to play out of doors or to give their grandparents a hug again.”

The latest set of relaxed measures from Monday means that Wales is moving into the “green phase” of its traffic light system, and will also include the reopening of indoor service for pubs, restaurants, bars and cafes, along with licensed wedding venues, though indoor wedding receptions are excluded.

The Welsh Government will then look to offer people “more opportunities to meet indoors” from August 15, he said, including allowing people to expand the number of other households they can join into an extended household.

But he warned that allowing more indoor contact is “one of the most difficult areas from a public health perspective” due to the risk of increased transmissions.

Mr Drakeford said that in July more than half of contact tracing cases in North Wales, where there has been a surge in transmissions, were linked to household contacts.

On a spike in Covid-19 cases in the Wrexham area, he said the situation is “under control” but that further measures will be taken if necessary.

The First Minister also said he does not need to introduce a mandatory face covering rule for shops as has been done in England because Wales has “stronger rules” than its neighbour on social distancing.

“In our regulations we require a two-metres social distance, and we require premises to take all reasonable measures to make sure that a two-metre distance can be observed,” he said.

Public Health Wales said a further four people had died after testing positive for Covid-19, taking the total number of deaths in the country to 1,560.

The number of cases in Wales increased by 26, taking the total number of confirmed cases to 17,258.