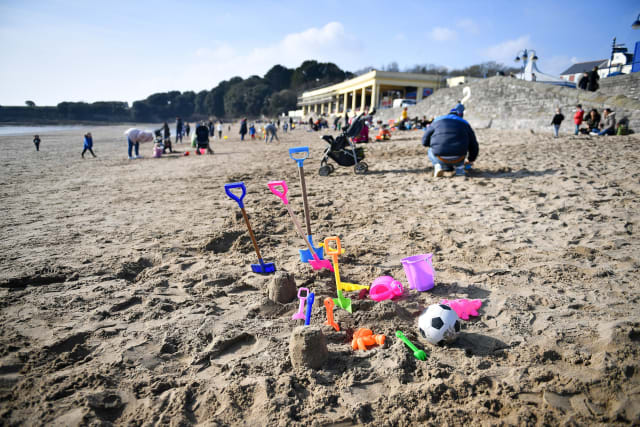 Staycations are still on the agenda this summer – as the Prime Minister said he might even squeeze one in himself.

Boris Johnson was asked whether he had “cancelled summer” this year after announcing that a further easing of lockdown across England due on Saturday had been postponed.

Mr Johnson told a Downing Street press conference on the Covid-19 situation that he “may allow” a brief UK staycation to “creep” into his schedule in the coming weeks.

Asked about his own summer plans, the Prime Minister said: “I will be working flat out as you can imagine, though I may allow a brief staycation to creep into the agenda, if that’s possible.”

Pressed on whether he had “cancelled summer”, Mr Johnson said: “I don’t think so.

“And I would encourage people still to think of wonderful staycations here in the UK.

“There are all sorts of fantastic destinations, the best in the world, I would say.

“All my happiest holiday memories are of holiday vacations here in the UK, bucket-and-spade jobs or whatever, and I thoroughly, thoroughly recommend it, and I’m sure that people will have a great time over the summer.”

During the press conference, Mr Johnson said the country needed to “squeeze that brake pedal” on lockdown easing amid a rise in the prevalence of coronavirus in the community.

Measures due to be lifted on Saturday, including allowing small wedding receptions and reopening bowling alleys and casinos, have been postponed for at least two weeks.

Face coverings will also become mandatory in indoor settings such as museums and places of worship from August 8.

The announcement came after local lockdown measures were announced in parts of the north west of England and parts of West Yorkshire, banning people from different households meeting indoors or in gardens following a spike in virus cases.