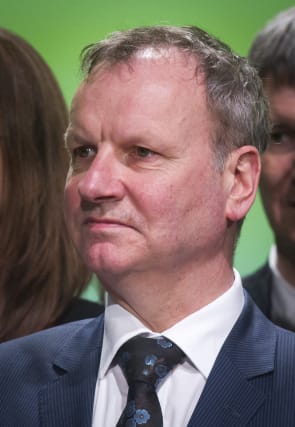 The Prime Minister has been accused of "the worst kind of cronyism" following his latest appointments to the House of Lords.

The criticism comes after an announcement that peerages have been granted for the Prime Minister's brother and former Tory minister Jo Johnson, Tory grandees and Brexit backers.

The SNP's Cabinet Office spokesman Pete Wishart said the Prime Minister is "handing out jobs for life in the unelected House of Lords to friends and those who have done him favours".

11 PHOTOS
Who's heading for the House of Lords?
See Gallery

He added: "The Prime Minister's idea of levelling up involves gifting his cronies, damaging policy facilitators, and family members with jobs as legislators for life – with no democratic mandate or accountability to people across the UK.

"It's the worst kind of cronyism that only highlights the rotten Westminster system that is detached from reality.

"It's clear beyond doubt that Westminster is simply not working for Scotland and that it is acting against our interests. The House of Lords needs to be abolished – not filled further to the brim at the taxpayers' expense."

Darren Hughes, chief executive of the Electoral Reform Society, said the 36 new peers could cost the taxpayer £1.1 million a year.

He said: "By appointing a host of ex-MPs, party loyalists and his own brother, the PM is inviting total derision. That he can get away with it shows what a private member's club this House is.

He added: "Is packing the Lords with party loyalists really a priority, as a pandemic rages across the world?

"This move is an absolute insult to voters. This is making a mockery of democracy.

"Today marks a nail in the coffin for the idea that the Lords is some kind of independent chamber of experts."

Liberal Democrat Lords leader Lord Newby said: "By giving a large number of his cronies peerages, he has shown that the Tories have abandoned any pretence of reducing the size of the bloated House of Lords."