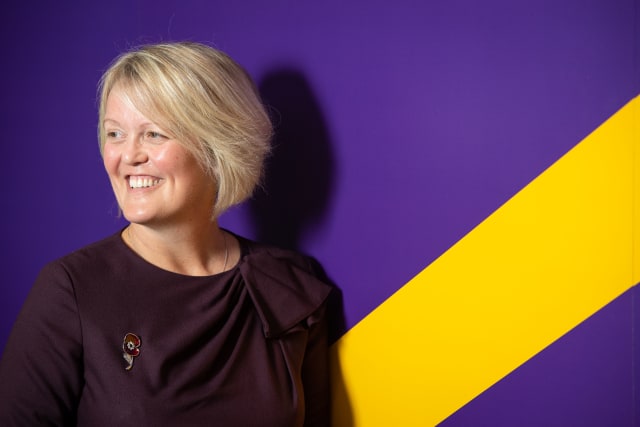 NatWest Group capped off a bad week for the UK’s high street banks with a £2.1 billion hit from the impact of the coronavirus crisis – worse than the most dire predictions by analysts.

The bank’s second quarter impairment charge was set aside to cover the bad debts that NatWest thinks might be on its books. It pushed the bank into a loss for the first half of the financial year.

Pre-tax loss was £770 million, a swing from a £2.7 billion profit in the same period a year earlier.

An average of analysts’ predictions, compiled by the bank, had forecast that NatWest, recently renamed from the Royal Bank of Scotland, would reveal a £943 million hit. Even the most pessimistic analyst did not think the impairment would reach more than around £1.5 billion.

Chief executive Alison Rose said: “Our performance in the first half of the year has been significantly impacted by the challenges and uncertainty our economy continues to face as a result of Covid-19.

“However, NatWest Group has a robust capital position, underpinned by a resilient, capital-generative and well-diversified business.”

Banks have been at the centre of the Government’s efforts to fight the coronavirus.

As the pandemic spread, the Treasury announced it would back what turned out to be millions of loans provided through the high street lenders.

So far, NatWest has lent £5.8 billion through the bounce back scheme, and £2.3 billion in coronavirus business interruption loans (CBILS).

Ms Rose added: “Throughout this crisis we have provided exceptional levels of support to our customers, colleagues and the communities we serve. I am proud that our colleagues have consistently shown they are putting our purpose at the heart of everything they do.

“Through our strong balance sheet and prudent approach to risk, we are well placed not only to withstand Covid-19-related impacts but also to provide the right support to those who will need it most in the tough times to come.

“Our purposeful strategy will help our customers, colleagues and communities to recover, rebuild and, ultimately, to thrive. We are building a sustainable business that will generate lasting value for all our stakeholders, as we work together to create a greener, fairer and more inclusive economy.”

Though Barclays escaped the worst of the pandemic thanks to its investment banking arm, Lloyds slumped to a pre-tax £602 million loss, after a £2.9 billion profit last year.

The bank set aside another £2.4 billion to cover its impairments.

CMC Markets chief market analyst Michael Hewson said that the decisions of bosses at Lloyds and NatWest to focus on their retail bank and pare back their investment arms left them “much more exposed” to the effects of the pandemic than their US rivals.

“While the likes of JPMorgan Chase and Morgan Stanley have thrived due to their investment banking operations, the backlash against so called ‘casino banking’ here in the UK has meant that the less diversified UK banks have struggled in what is an extremely competitive UK market,” he said.

He added: “While all three of these UK banks are acutely vulnerable to widespread consumer defaults, along with HSBC, who report next Monday, at least HSBC and Barclays have other revenues streams from their investment bank and overseas operations.

“This has certainly helped Barclays, which has seen its investment division start to perform better than expected in recent quarters, which in turn has helped it in respect of any underperformance in its domestic retail operations.”