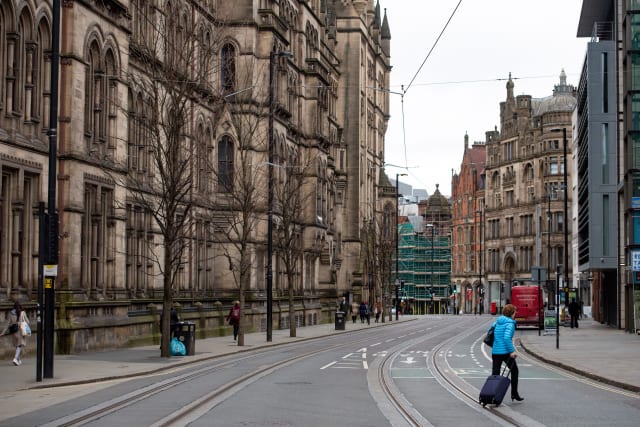 Restaurants and pubs in Manchester are facing weeks of cancelled bookings, a hospitality boss has said, as confusion over new restrictions is causing panic among customers.

Sacha Lord, night time economy adviser for Greater Manchester, said one restaurant in the city has had 100 bookings cancelled over the next three weeks.

It comes after the Government announced local lockdown measures in Greater Manchester and parts of east Lancashire and West Yorkshire, banning people from different households meeting indoors or in gardens following a spike in virus cases.

The new rules also ban members of two different households from mixing in pubs, restaurants and other hospitality venues, but these businesses will remain open for those visiting individually or from the same household.

Mr Lord, founder of Parklife festival and the Warehouse Project, feared the new rules could lead to pubs, restaurants and bars closing their doors once again due to a reduced footfall, and some even permanently.

“There’s a lot of panic at the moment,” he told PA news agency.

“The night time economy only opened a few weeks ago and is already on its knees, this feels like the final hammer blow.”

Health Secretary Matt Hancock said two households can still meet “at a social distance in a public place outdoors” such as a park, but meeting another household in pub gardens or outdoor restaurant space is not allowed in the newly restricted area of the North West.

Mr Lord criticised the Government over the timing of the announcement, which was made on Thursday evening a few hours before coming into effect at midnight.

“All the produce had been brought in for this weekend, staff rotas were done,” he said.

“On what could be the hottest day of the year the beer gardens would have been heaving, to drop this last night is shambolic.

“Safety is the most important thing, but this could have been dealt with so much better.

“It has been ill thought out, I still think they are making it up as they go along.”

Mayor of Greater Manchester Andy Burnham said the Government was right to take action after it became clear that the picture on Covid-19 cases had changed.

He told Sky News: “On the substance, we do accept that these steps are needed.

“We’re asking people not to have visitors at home, if they go to the pub to stick within their own household – steps that hopefully will prevent much more severe restrictions if we take firm action at this time.”