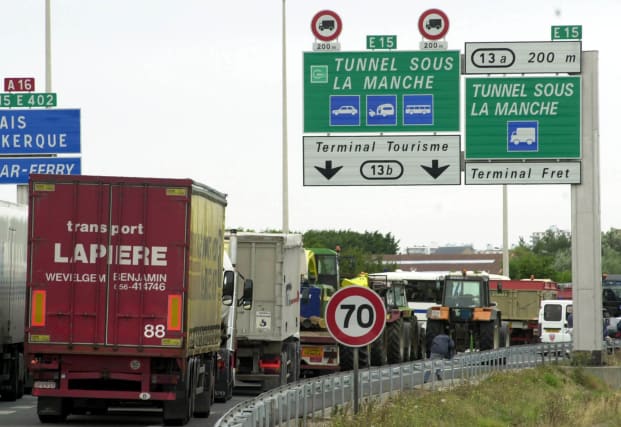 A lorry driver has been arrested after police seized cannabis worth an estimated £1.5 million at the UK-France border.

The National Crime Agency (NCA) said the 43-year-old was detained at the Channel Tunnel terminal in Coquelles, northern France, on Thursday morning.

Border Force officers recovered around 150 kilos of cannabis with an estimated street value of £1.5 million from a vehicle, as well as £2,000 in cash.

The NCA said the man, from Motherwell, North Lanarkshire, was later released under investigation.

Officers from the agency and Police Scotland have searched properties in Motherwell, and nearby Bellshill and Shotts.

“Together we are determined to do all we can to stem the supply of illicit drugs to Scotland, where they can do so much damage to our communities.”