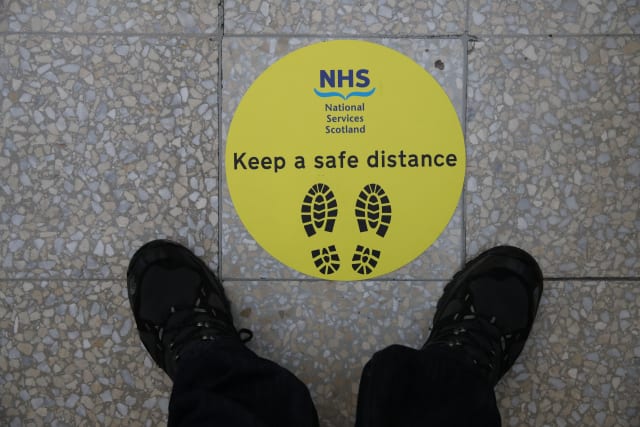 Less than half of adults spending time with family and friends are fully respecting social distancing measures when they meet up, a survey suggests.

Almost three-quarters of adults polled by the Office for National Statistics (ONS) said they had socialised with others during the last seven days, with 50% welcoming family or friends into their homes.

Of the 1,150 people who reported socialising, 47% said they had always maintained social distancing, with this proportion rising to 70% of those aged 70 and over.

Three in 10 (31%) said they often followed the measures, 13% said they sometimes did, while 8% said they rarely or never followed social distancing.

It comes as people from different households in Greater Manchester, parts of east Lancashire and West Yorkshire were banned from meeting up with each other in their homes or gardens.

Health Secretary Matt Hancock said “households gathering and not abiding by the social distancing rules” was a reason for the stricter rules, announced late on Thursday night.

The ONS analysed responses from 1,564 people in Britain between July 22 and 26 about their activities over the past week as part of its Opinions and Lifestyle Survey.

It also found that 57% of respondents support the mandatory wearing of face coverings in shops and supermarkets.

People in Scotland and the over-70s were most likely to strongly support the measure.