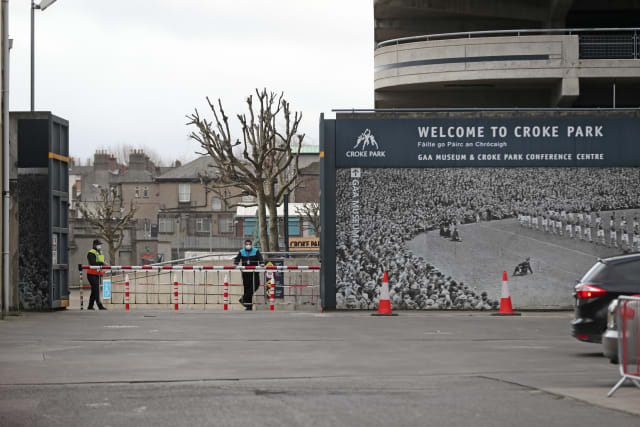 Holding Eid prayers at Dublin’s “iconic” Croke Park sports ground is a powerful symbol of religious unity during the pandemic, an Islamic leader has said.

Shaykh Dr Umar Al-Qadri, from the Irish Muslim Peace and Integration Council, delivered part of his speech in Irish and paid tribute to Ireland’s tradition of welcome and inclusivity – “cead mile failte”.

He said: “This pandemic has brought with it some blessings.

“If not for this pandemic we probably would not have been here.

“If it was not for this pandemic our communities would not have been united.

“We understand as humans we are in this together and we are having the same challenges.”

Croke Park was made available by the GAA to facilitate social distancing on a special religious day for Muslims.

Leaders of Catholic, Protestant and Jewish faiths in the city attended, as well as a senior representative of the Irish Government.

He added that many people are putting their lives at risk working in the health service, and paid tribute to Dr Syed Waqqar Ali, the eighth healthcare worker in the state to die from Covid-19, earlier in July.

After a month of fasting for Ramadan, Eid is normally a time for Muslims to meet, pray and celebrate.

The religious leader said Ireland had demonstrated it is an open and accepting society following his request to use Croke Park.

He added: “This is a country that is proud of its diversity and embraces those who become part of the society.

“Which place is most iconic and symbolic? Of course it is Croke Park.”

He said the ceremony had sent out a strong message that Ireland is a country of cead mile failte – a hundred thousand welcomes.

“No matter your differences, no matter how different you are, once you come and live here and become part of the society, this island of Ireland has this unique ability to adopt you in a way that you become part of society,” he said.

He referred to St Patrick, the Welsh missionary who spread Christianity and has become synonymous with Irishness.

Dr Al-Qadri said Croke Park is part of Ireland’s DNA, something every person has been brought up with.

He added that Friday’s event was the first complete broadcast on state television, RTE, of Eid in a non-Muslim majority country.