William to appear in new documentary chronicling his conservation work 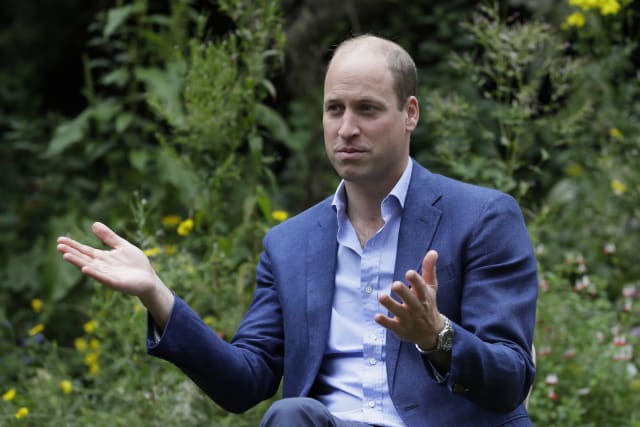 The Duke of Cambridge is expected to describe in a new documentary how his mission to give nature a voice has felt even more personal since he became a father.

William has been filmed over two years for the ITV programme which has been announced as part of the broadcaster’s new autumn schedule.

ITV has said about the documentary: “The Duke of Cambridge reveals that young people hold the key to a more positive future relationship with the environment, and that their determined drive to tackle climate change has made him an optimist.

“He explains how his mission to give nature a voice has felt even more personal since he became a father and that he wants to leave behind a better world for future generations.

“Working together to protect the planet, he believes that local communities have the power to protect and repair the natural world on which we all depend.”

William has attempted to tackle the illegal wildlife trade through his umbrella body United For Wildlife.

For more than five years the organisation’s Transport Taskforce has been working to facilitate collaborations between the transport sector and law enforcement agencies to prevent wildlife trafficking.