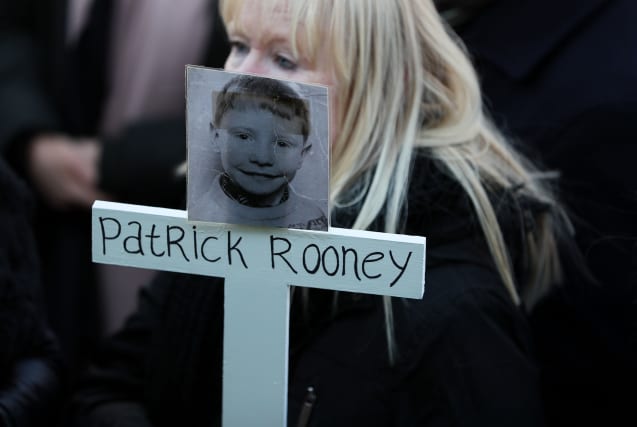 Two former police officers will not be prosecuted over two fatal shootings in Belfast 50 years ago.

The first child to be killed in the Troubles, Patrick Rooney, nine, along with Hugh McCabe, 20 and Samuel McLarnon, 28 died amid widespread disorder in Belfast on August 15 1969.

The three deaths took place in three different incidents in the Ardoyne and Divis areas of the city, and were alleged to have involved RUC officers.

The Police Ombudsman carried out an investigation into the deaths which in 2018 resulted in two former RUC officers being reported to the Public Prosecution Service (PPS) over the deaths of Patrick Rooney and Hugh McCabe.

On Thursday PPS assistant director Lynne Carlin said following careful consideration of the files by experienced prosecutors, it was concluded that there is “no reasonable prospect of conviction for any offence”.

“In two of these cases, those relating to the deaths of Hugh McCabe and Patrick Rooney, it was concluded that there is no reasonable prospect of conviction for any offence in respect of the two former RUC officers reported,” she said.

“In the case of Samuel McLarnon, a review of the available evidence confirmed that the only identifiable suspect is now deceased.

“In relation to those other officers who were involved in the relevant events, it was concluded that the available evidence provided no prospect of the test for prosecution being met for any offence in connection with this death.

“In these circumstances no identified suspect was reported for a decision as to prosecution in this case.”

The PPS said the decisions were taken by applying the test for prosecution, as set out in the PPS code for prosecutors.

Ms Carlin added: “I fully acknowledge the deep disappointment felt today by three families who have lived for many decades with the loss of their loved one in very painful circumstances.

“We hosted separate remote meetings with the McCabe and Rooney families this morning at which detailed reasons for the decisions were outlined.

“These reasons have also been provided to the families in writing and we thank them for taking the time to meet with us.

“The McLarnon family have been provided with our detailed advice in writing and an offer to meet remains open should they have any further questions in future.

“As difficult as today’s outcome is for the families, I have offered the reassurance that the decisions were reached only after a most careful and thorough consideration of all the available evidence in each case.”