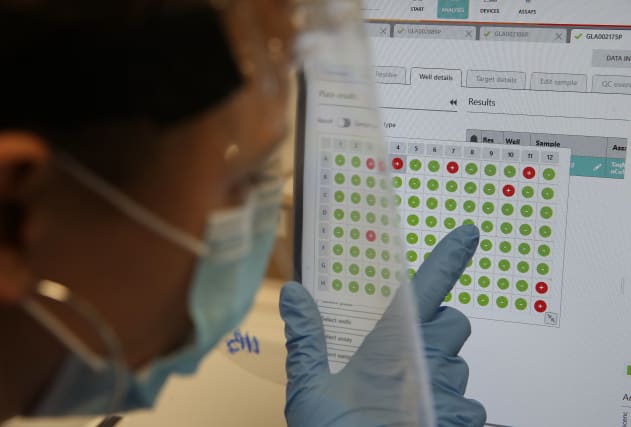 One in four people who came into close contact with someone infected with coronavirus could not be reached by the NHS Test and Trace service, new figures show.

Data from the Department of Health and Social Care (DHSC) revealed the number of people in England testing positive for Covid-19 had increased for the third week running, with 4,128 confirmed cases between July 16 and 22.

But of the 18,598 people identified as coming into close contact with someone who tested positive over the same period, 4,624 could not be reached.

It is understood the rise in positive cases was due to both an increase in testing and the rate of infection remaining stable in England, rather than declining.

The figures come as the NHS tracing service announced the launch of a new campaign on Thursday encouraging everyone to get a free test as soon as they get symptoms.

It also announced plans to increase testing capacity to 150,000 tests per day by September and 500,000 by October at more than 500 sites.

The NHS’s long-awaited Test and Trace mobile app will also be ready in the near future, it is understood.

A total of 43,119 people who tested positive for coronavirus in England have had their cases transferred to the contact tracing system since its launch, according to the latest DHSC figures.

A further 1,419 people (3.3%) could not be reached because their communication details had not been provided.

Over the same period – between May 28 to July 22 – some 184,703 close contacts of people who have tested positive were reached through the tracing system and asked to self-isolate.

The data also shows that 76.4% of people who were tested for coronavirus in the week ending July 22 at a regional site or mobile testing unit received their result within 24 hours.

Prime Minister Boris Johnson last month pledged that, by the end of June, the results of all in-person tests would back within 24 hours.

He told the House of Commons on June 3 he would get “all tests turned around within 24 hours by the end of June, except for difficulties with postal tests or insuperable problems like that”.

She said: “I urge everybody to get a free test as soon as you experience coronavirus symptoms and to follow the advice you’re given if you are contacted by the service.

“If we all continue to play our part, then together we can stop the spread of this virus.”