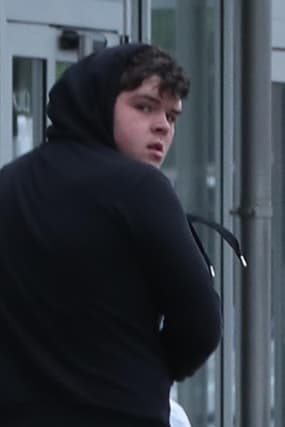 A teenager has admitted arson after throwing a firework at the Royal Liver Building during celebrations to mark Liverpool FC’s Premier League title win.

Matthew Egglesden, 19, of Scarisbrick in Lancashire, pleaded guilty to arson intending to destroy or damage the building or being reckless at doing so at Liverpool Crown Court on Thursday.

He is due to be sentenced on August 21.

The fire damage to a balcony of the building was among various incidents on June 26 as thousands of fans gathered at Pier Head to mark the club becoming champions of England for the first time in 30 years.

The court heard Egglesden, who wore a navy blue suit with white shirt and striped tie for his appearance, had no previous convictions and was in full-time employment.

Five members of his family were in court for the short hearing.

Simon Driver, defending, said: “The defendant accepts deliberately firing a rocket in the direction of the building and thus being reckless as to the consequences of that act.”

Chris Taylor, prosecuting, said an exact estimate of the cost to repair the damage caused to the building will be given at the sentencing hearing.

He said: “It is a Grade 1-listed building and that attracts additional costs.”

Following the incident, Merseyside Police said at least £10,000 of damage was caused.

Judge Andrew Menary QC adjourned the case to allow a pre-sentence report to be prepared.

He said: “The fact the court is doing that must not be taken as any indication by him of the sentence.”

Egglesden, of Turning Lane, was given bail with the conditions that he must reside at his home address and is prohibited from entering Liverpool other than for court appearances.