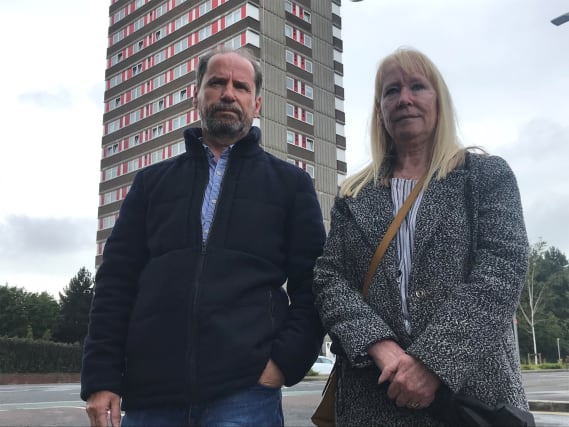 The family of a young boy shot dead in his home in West Belfast have expressed disappointment at the decision not to prosecute over the killing.

Nine-year-old Patrick Rooney was the first child to be killed in Northern Ireland’s Troubles.

He had been in his Divis Flats home on August 15, 1969 when he was struck by a bullet fired outside during widespread disturbances across the city.

The bullet is alleged to have been fired by an RUC officer.

The Police Ombudsman passed a file to the Public Prosecution Service (PPS) around a former police officer in 2018.

The former officer was considered for the offence of murder, having been alleged to have been a gunner in one of three Shorland vehicles being operated by the RUC in the area of the Rooney home at the time.

Two of the three gunners from the Shorland vehicles are now deceased.

However, the PPS announced on Thursday that it had been concluded that there is “no reasonable prospect of conviction for any offence”.

Daniel’s brother and sister Con and Sharon expressed disappointment at the decision.

“We are disappointed, it was not the outcome that we wanted,” Mr Rooney told the PA news agency.

“I am very disappointed for my family, in particular my mother and late father who campaigned tirelessly for justice for Patrick.”

The family’s legal team have said they will study the reasons detailed by the PPS for the decision not to prosecute, and will also pursue separate civil proceedings against the PSNI Chief Constable Simon Byrne.

Mr Rooney said his family will never give up fighting for justice, and said they also want an apology.

Fearghal Shiels, of Madden & Finucane Solicitors, added: “We will study the reasons given for today’s decision closely with the family and assess their options, and shall press ahead with separate civil proceedings against the Chief Constable.”