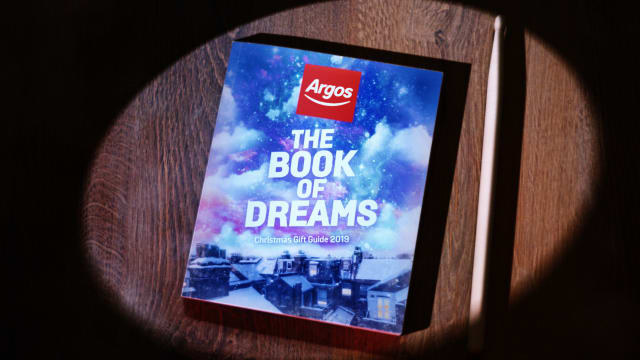 Celebrities and social media users have paid tribute to the Argos catalogue after the retailer announced it would no longer print the publication.

Nicknamed the “laminated book of dreams” by comedian Bill Bailey, people have flocked online to remember the book – which has been around for almost 50 years.

The catalogue, which formed the basis of many children’s Christmas wishlist, will cease to be printed from January 2021.

At its peak, it was Europe’s most widely printed publication.

Simon Roberts, chief executive of Argos’ parent company Sainsbury’s, said: “As most customers are now browsing and ordering online, we have decided that the time is right to stop printing the Argos catalogue.”

“I, like so many others, will briefly mourn your passing before instantly kowtowing to our new Touch-Screen Overlords.”

Bailey is such a fan of the catalogue that in 2019 the company sent him a personalised copy of a “Book Dreams” from his childhood, “laminated to catch [his] tears of joy”.

Actress Aisling Bea told her Twitter followers it was one of her “favourite childhood books”.

She said: “I’ll never forget how I used to read it aloud to my Mother before bedtime as she tucked me in.”

Many social media users reminisced about circling items in the catalogue that they wanted for Christmas, while one person called the announcement another “horror” for 2020.

One person on Twitter wrote: “Can’t believe they are stopping the #argos catalogue.

“Kids will never understand the excitement opening the catalogue and circling what you wanted off Santa for Christmas. I remember getting item number 17. Best Christmas ever.”

Another said: “No more Argos catalogue?? So, you are telling me I actually have to write out my Christmas wish list by hand rather than simply giving my parents the full catalogue?!”

Another added: “Argos have ditched their printed catalogue. Now what will students use to prop their doors open?”

He said at the time: “At least there are pictures. I feel it would help me through.”

Argos has said it will still produce a print version of its annual gift guide.

The move mirrors that of the Yellow Pages, which stopped printing in January 2019 after more than five decades, in a move to fully digitise the business.