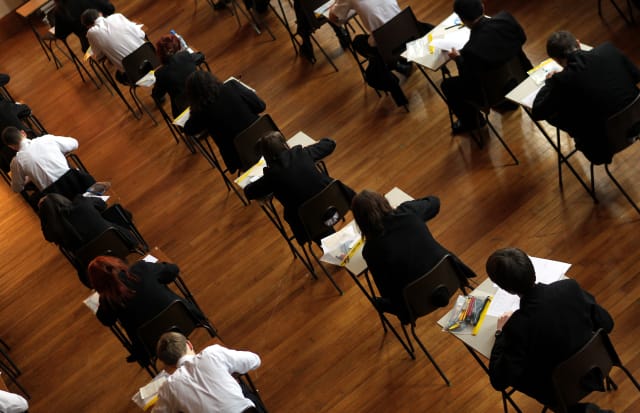 Boys who defy traditional masculine stereotypes appear to achieve higher grades in their GCSE exams than boys who embrace them, research suggests.

There is a more nuanced picture among girls but those identified by researchers as tomboys tended to do better at maths, according to a Cambridge University study.

Researchers said that while girls outperformed boys overall, there was also a link between achievement and a pupil’s approach to gender.

Almost 600 students aged 14 to 16 were asked to complete questionnaires designed to reveal their conformity to traditional gender roles and their motivation in English and maths.

Participants subsequently sat their GCSEs at the end of Year 11, and researchers obtained their grades in English and maths.

Overall the average grade for girls was 5.75 and for boys it was 5.6, but analysis showed variety linked to the questionnaire findings.

Researchers sorted the participants into seven categories based on what the questionnaires had indicated.

For boys, the categories were: resister boys, cool guys and tough guys.

For girls, they were: relational girls, modern girls, tomboys and wild girls.

The two categories of boys who strongly embraced masculine norms – cool guys and tough guys – performed worst overall, with average grades of 5.1 and 5.4 respectively, compared with 5.8 for resister boys.

Resisters made up 69% of the sample of boys, and researchers defined them as typically resisting traditional ideas about masculinity.

Cool guys (21%) are defined as competitive risk-takers, but concerned with appearance and romantic success, while tough guys (10%) have an emotionally hard image and are self-reliant.

The researchers suggested the cool guys may not have put as much effort into their work so they could preserve the illusion that they could outperform others if they tried.

The study said a large sub-group of girls, who conform fairly rigidly to some traditional feminine norms, could be at risk academically.

The researchers said these girls are often “invisible” in broad surveys of attainment by gender that show girls performing well as a group.

They suggested that tomboys performing better in maths than English may indicate that “doing well in a female-typed subject might be viewed as incompatible with their gender role”.

The study authors wrote: “By shifting the focus from ‘boys versus girls’ to ‘which boys and which girls’, this study reveals the invisibility of well-performing boys and underachieving girls in educational gender gap research.”

Junlin Yu, a researcher at Cambridge University’s Faculty of Education, said: “There has been a lot of justifiable concern about low attainment among boys, but we really need to move on from looking at averages, and ask which specific groups of boys and girls are falling behind.

“These findings suggest that part of the answer is linked to how pupils ‘do’ gender at school.”

The research is published in the Journal of Youth and Adolescence.