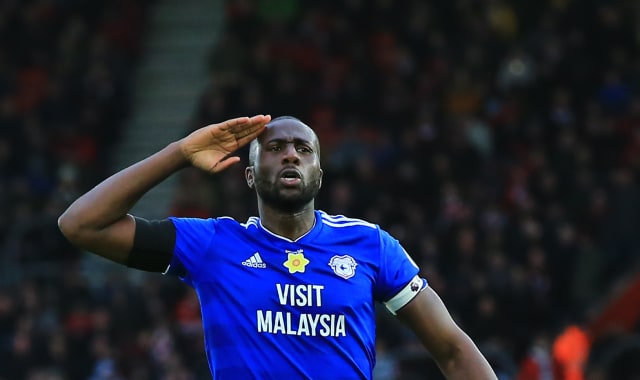 An 18-year-old man has been given a community order for helping steal thousands of pounds’ worth of belongings from Cardiff City footballer Sol Bamba during a burglary.

Daniel Flynn targeted the Ivory Coast international’s home in Cardiff and drove off in the player’s black Range Rover while he was involved in a pre-season friendly match.

On Wednesday a court heard Flynn – who was 17 at the time of the burglary in July 2019 – was joined by three others during the raid, in which valuable items including a Cartier watch, a Chanel and Louis Vuitton bags were also taken.

Prosecutor Nik Strobl said Mr Bamba’s five-bedroom detached house in Old St Mellons was targeted when the player, his wife Chloe Bamba, and their three children left the property around 1pm on July 27 to go to a pre-season friendly.

Around 4.40pm, a black Honda Civic carrying the burglars was captured by CCTV driving past the home several times before they began their raid.

Mr Strobl told Cardiff Crown Court: “Flynn is seen approaching the property with another male and smashing the back patio glass window.

“Three men, including Flynn, then enter the property, with Flynn sharing his gloves with one of the others.

“Inside the property an untidy search was conducted throughout the whole house. A number of valuable items were taken, including a Cartier watch, a Chanel bag, and a Louis Vuitton bag, and also the keys to the Range Rover.

“Flynn is then seen on CCTV running up to the Range Rover, which he then enters and drives away, following the black Honda Civic.”

CCTV images show Flynn, dressed in navy and wearing a masked, flanked by two other men, one wearing a light grey tracksuit and one with a striped sleeve, who police say remain at large.

Mr Strobl said Mrs Bamba was informed of the burglary around 5pm that day, after Cardiff City had beaten French side OGC Nice 1-0, and returned to the family home to find its patio windows smashed and the house “ransacked”.

“Many of her and her husband’s most valuable items were taken,” Mr Strobl said.

Flynn was identified as a suspect and arrested on August 6, but answered no comment and was later released, only for him to be rearrested on September 16 after his fingerprints were linked with the recovered Honda Civic car.

He later pleaded guilty to charges including burglary, dangerous driving and two counts of driving while disqualified, as he had no driving licence nor insurance.

Gareth Morley, defending, said a pre-sentence report showed Flynn had made “progress” during his time held in custody for a previous burglary conviction.

Judge Richard Twomlow said Flynn had acted with a “much older man” in Kyle Harris, 26, who was jailed for two years in November after admitting his part in the burglary, who he described as a “career criminal”.

He said: “This was a serious house burglary where valuable jewellery and other items worth thousands of pounds, and a Range Rover, were stolen.”

He added: “You appear to have been a reluctant participant in this burglary with a much older man.”

Flynn, from Rumney, Cardiff, was sentenced to an 18-month community order, 180 hours of unpaid work, a 25-day rehabilitation activity, a requirement to stay at a residence known to the court, and was given six points on his driving licence.

South Wales Police said they were still appealing for the identity of two other men involved in the burglary along with the whereabouts of the stolen property.

Detective Chief Inspector Lloyd Williams said: “Being a victim of burglary is an extremely traumatic experience and South Wales Police is committed to preventing such crimes and arresting those responsible.

“While two individuals have been arrested and dealt with by the courts for this matter, we are still keen to have information on the two unknown suspects seen in the CCTV and the stolen items.

“It has been almost exactly a year since this happened and loyalties might have changed in that time. Information can be given to us at South Wales Police or Crimestoppers anonymously.”