Rapid coronavirus test would be a life-changer, top WHO doctor says 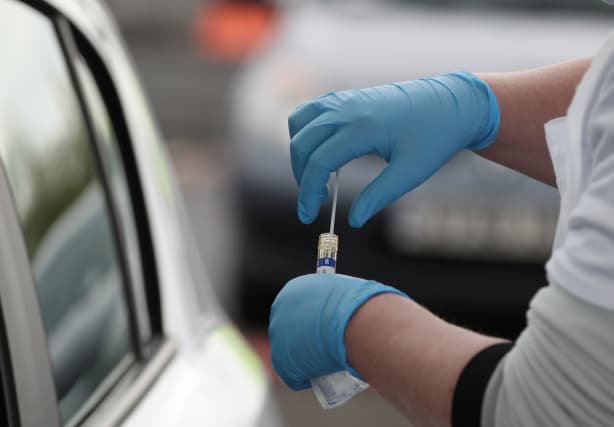 A rapid test that can detect coronavirus within minutes will be a “life-changer”, and may be available before the end of the year, an expert has said.

The current tests being used in the UK are PCR (polymerase chain reaction) tests, and while most people get their results within 24 hours, it can take up to 72 hours.

But David Nabarro, who is one of the World Health Organisation’s (WHO) special envoys on Covid-19, says a test that delivers results in minutes is essential in order to live with the virus.

He told the PA news agency lockdown is a “crude” way of dealing with the spread and more sophisticated measures are needed.

Dr Nabarro said: “The best way to deal with this virus is to identify people with the disease really quickly, and to isolate them, to find their contacts and isolate them, so interrupting transmission.

“And then breaking the chain of transfer from person to person, and then to break the clusters that build up, and to suppress outbreaks.

“Now the only way you can do that is by knowing where the virus is.

“And the only way to know where the virus is, is to have a very rapid point-of-contact test that is reliable.”

He added: “A rapid test that is reliable, that can be used anywhere, is the absolute requirement now – it’s more important than just about anything else.”

Dr Nabarro explained that such a test would allow the quick identification of health workers and those in care homes with the disease.

Asked when a rapid test might be ready, Dr Nabarro told PA: “My prediction is we’re about three months away.”

“I’m trying super hard not to get into that kind of prediction, but it’s not an unreasonable proposition providing that the necessary funding is available.”

Dr Nabarro continued: “I keep going on about the diagnostics, because I think they will have a huge positive impact on lifestyle issues, they will have a massive benefit for health workers.

“A rapid virus test will be a life-changer.”

Dr Nabarro said he hoped that within three months proof-of-principle prototypes of the test would be ready, with it then taking a little bit longer to conduct the field trials.

A number of groups are currently working on producing a test that can deliver results in minutes.

They work on the principle of an antibody to the virus being put on to some kind of membrane, and then being exposed to a test sample.

If it contains the virus, then the molecule changes shape, may give off a small electrical signal, or it may be linked to a dye that changes colour.

A picture of the test could then be uploaded on to a mobile phone to indicate a result within minutes – 15 at the most.

While the hope would be for this to be done using a saliva sample, it is likely to initially involve a swab from the back of the throat, as the virus does not always show up in saliva.

This would mean that they would likely have to be administered by a trained “swabber”, rather than at home, Dr Nabarro said.

The WHO doctor continued: “I would expect that, particularly if your rapid tests are going to be used as a basis for allowing travel, that some uploading system is going to be absolutely essential.

“There will be a lot of anxiety about people not necessarily being truthful.”

He also said the tests would help with predictability around travel, including being able to fly, and staying at hotels where “it makes a huge difference to know whether or not somebody’s got the virus”.

“And I kind of suspect that that will become the requirement.”

The expert told PA he was “distressed” because there is still so little known about immunity from the virus.

He said: “I do believe that antibody tests for the time being are important, but not as valuable as a virus test.”

Dr Nabarro was asked whether the rapid tests were more important than the antibody tests which Prime Minister Boris Johnson said could be a game-changer in the fight against the virus.

He said: “I think everybody in positions of power is looking for a game-changer.

“When you look at the situation with the pandemic right now, it’s a bit depressing. And you’ve got it advancing and accelerating all over the world, and resurging in Europe. It’s a big problem in the US.

“So everybody is looking for game-changing. Everybody wants to give their populations some hope, nobody wants to be presenting them with the spectre of continued disruption to holiday plans and so on.”