Quarantine measures could be extended to other countries – Transport Secretary 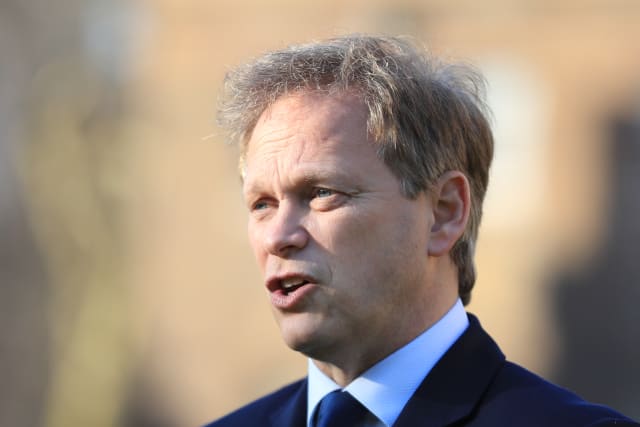 Transport Secretary Grant Shapps has said he “cannot rule out” that other countries could be included under the UK’s quarantine measures.

Mr Shapps made the comment to reporters as he returned to the UK having cut short a family holiday to Spain.

It follows the UK Government’s decision to require travellers from the country to isolate for 14 days on their return to the UK following a rise in Covid-19 cases.

He said: “We absolutely have to act the moment we get the information and that’s exactly what happened with Spain as we saw and as we’ve seen over the weekend where there was over 6,100 cases – the highest since the peak in March over there.

“It was the right thing to do and it’s why the whole of the UK did (it) at the same time.

“I can’t therefore rule out other countries having to go into the quarantine as well.”

Mr Shapps said he could understand the frustrations of those impacted by the measures, although he insisted that it was “essential” that the Government acted when it did.

He said: “I very much understand (the frustrations), it obviously had an impact on me and my family and I’m very, very sorry and upset for the thousands of Brits who are either away or perhaps even haven’t managed to go away this summer as well to Spain.

“But it’s absolutely essential we acted when we did, it’s why all four nations of the United Kingdom acted together and the figures since have turned out to justify that action.

“We have to, I think, have a clear message and make sure that we act by adding entire countries to that list for the time being.”

The Transport Secretary also explained that the exclusion of certain Spanish islands from the measures taken by the UK Government had been considered.

He said: “We did have a look at whether certain islands could be included (on the list) and not others.

“Chris Whitty, the chief medical officer, was very clear with us that he was concerned about the data, we’d seen how the data had come very fast forward in Spain in 20, 48 hours, it had gone up by 75%.

“It had doubled in just a few days. He was concerned to see what was happening in the islands and that’s why we make it a whole-country approach in these things.”