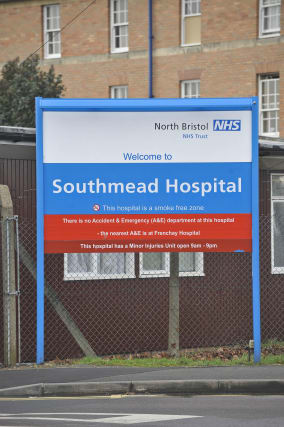 The investigation into a racially aggravated hit-and-run attack on an NHS worker in Bristol is “continuing at pace”, police have said.

Witnesses described how a car was deliberately driven at the man as he walked home from work at Southmead Hospital in the city at about 4.30pm last Wednesday.

Two men were heard to shout racial abuse at the man, a keen musician, before running from the dark blue Honda Accord.

The 21-year-old victim, who has not been named, suffered a broken leg, nose and cheekbone and will require plastic surgery to his face and leg.

“The use of a car as a weapon could easily have resulted in even more serious injury, or worse,” she said.

“We’re continuing to treat it as a racially aggravated serious assault and our inquiries are continuing at pace.”

A dedicated investigation team are being supported by officers from the force’s Major Crime Investigation Team.

They are “making good progress to identify those responsible for this incident”, Inspector Dallimore said.

“We’ve carried out a full forensic examination of the car which was recovered from the scene and are awaiting the results of those inquiries,” she said.

“I’d like to reiterate that a full investigation is being carried out and at this time, there is no intelligence or information to indicate there’s a further risk to the public.

“Thankfully incidents like this are rare, and if anyone has concerns or worries then I would urge them to speak to officers with their local neighbourhood policing team.”

The victim, who has been recording music since 2017, said he felt “lucky to be alive” following the attack.

He is facing at least six months of recovery time and is currently walking on crutches and sleeping sitting up.

“This has been an awful incident. I wish it had never happened. I am lucky to be alive,” he said in a statement issued through the charity SARI (Stand Against Racism & Inequality).

“However, it has happened and what I want now is to make sure it doesn’t happen to any other person.

“I want to raise awareness about racism and I want people to stop this hatred.”

The victim said the two men and the attack did not represent city, which he described as being made up of “many different communities”.

Since the incident, he has been “overwhelmed” by support from those who helped him at the scene, as well as friends and the local community.

“I want to thank the witnesses who came forward and those who helped look after me and get me to hospital,” he added.

“I want to thank the doctors and nurses who have done all they can to treat my injuries.

“I want to thank the police for all they are doing to try and bring these offenders to justice.”

He said the incident had affected him both physically and mentally.

In a statement, Sari described the incident as “horrific” and said it would continue to support the victim and his family.

“We would like to thank the police for their hard work to date as they proceed with their investigation,” the charity said.

“We very much hope that the offenders will be identified, charged and prosecuted as swiftly as possible so this appalling crime can be dealt with as it should and to prevent harm to anyone else.”

Andrea Young, chief executive of North Bristol NHS Trust, said the organisation was “horrified” that such an attack could happen to “one of our friends and colleagues”.

“Racism, in any form, has no place in our society and that an attack such as this can happen is shocking,” she said.

Asher Craig, deputy mayor of Bristol, described the incident as “appalling and sickening”.

“We stand in solidarity with this citizen and condemn the abhorrent behaviour of the perpetrators,” she said.

“No-one in Bristol, or anywhere in the world, should be subject to race hate crime and violence and we will do all we can to drive out this behaviour in our city.”

Anyone with information is asked to contact the force online or by phoning 101, quoting reference number 5220163308.