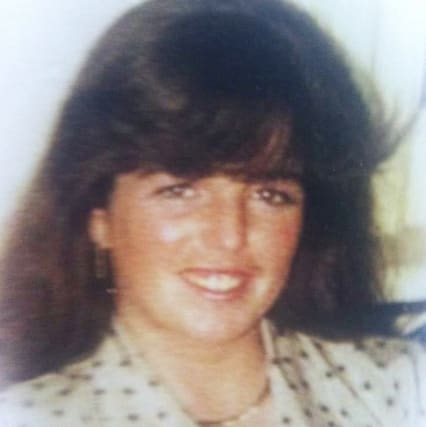 A pensioner has asked judges to order a review of a Parole Board decision to release a man convicted of murdering her 22-year-old daughter more than 30 years ago.

Marie McCourt, 77, of Billinge, Merseyside, claims former pub landlord Ian Simms should not be released until he reveals where Helen McCourt’s body is hidden.

She said a November 2019 Parole Board decision to release Simms, now 64, on licence was unreasonable, irrational and wrong.

Simms said the application should be dismissed.

Lady Justice Macur and Mr Justice Chamberlain were told Ms McCourt was murdered in Billinge in February 1988, while on her way home.

Simms, who has always maintained his innocence, was found guilty of her abduction and murder after a trial at Liverpool Crown Court in March 1989 and given a life sentence, with a minimum term of 16 years.

He was released on licence early this year.

A barrister representing Mrs McCourt argued the Parole Board panel had acted unreasonably.

Tom Little QC said the panel had failed to conduct “reasonable” inquiries into the risk Simms posed to the public and failed to challenge him about his “denial”.

Mr Little said it had been irrational to conclude the risk of serious harm Simms poses is “no greater than medium”.

He said there had also been an irrational failure not to ask “more questions” – including “obvious” questions, such as “do you know where Helen’s body is?”, “why won’t you say where the body is?” and “how do you feel about the impact of your continuing denial on the McCourt family?”

Mr Little added: “The court is invited to quash the release decision, remit the matter for a fresh decision, and make declarations concerning victim participation, and, if appropriate, the principles which the Parole Board should apply when determining whether to release a murderer who refuses to reveal information about his/her victim’s body.”

Joanne Cecil, representing Simms, argued Mrs McCourt does not have the legal “standing” to bring a judicial review application, and said the Parole Board decision was not irrational.

She said Mrs McCourt “clearly” has a personal interest but she said that is not the same as an interest in “public law terms”.

Nicholas Chapman, who represents the Parole Board, said judges have to consider a number of questions – including whether Mrs McCourt’s position is different to any other victim or relative of a victim.

He said an increase in “victim participation” in Parole Board decisions would have “significant ramifications” for the way hearings are conducted and “resourced”.

Mr Little said Mrs McCourt has campaigned for many years for a change in the law relating to the parole of murderers who refuse to provide information about the location of their victim’s body.

The Prisoners (Disclosure of Information about Victims) Bill – which is known as Helen’s Law – is now moving towards its final stages of parliamentary scrutiny.

The conditions of Simms’s release mean he has to live at a designated address and wear an electronic tag.

He is also subject to a curfew and must avoid contact with his victim’s family.

Mr Little said Mrs McCourt’s application is the first of its kind.

It follows a 2018 judicial review brought by two victims of black cab rapist John Worboys, which saw the High Court overturn a Parole Board decision to release him.