Grime musician to be sentenced for raping and imprisoning four women 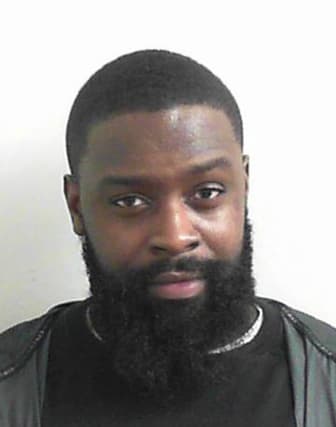 A grime artist who was convicted of holding four women against their will and repeatedly raping them will be sentenced on Thursday.

Andy Anokye, 33, who performed under the stage name Solo 45, was found guilty at Bristol Crown Court of 30 charges relating to a two-year period.

He was unanimously convicted of 21 rapes, five counts of false imprisonment, two counts of assault by penetration and two of assault occasioning actual bodily harm.

The musician, who was part of the grime collective Boy Better Know, did not react as the jury of seven women and five men returned the verdicts on March 11 this year.

During the trial, graphic video clips – filmed by Anokye on his mobile phone – were played to the jury.

In the footage, Anokye is seen interrogating the women about previous sexual partners, slapping them, insulting them and raping them.

One clip showed a woman crying and saying “I hate you”, with the musician laughing and making a thumbs-up sign to the camera.

Anokye, who was signed to Island Records, was described as a “violent, controlling narcissist and a bully” by prosecutors during the case.

Jurors heard how he derived sexual pleasure from torturing the women by water-boarding, interrogating, assaulting and raping them.

The musician spoke of dacryphilia – sexual arousal from tears – and enjoyed playing a game he called “Catch me, Rape me”.

He forced one woman to lie in a bath of freezing cold water, held a shotgun to the head of another woman and made one sit with a bottle of water tied to her finger with a shoelace.

Police launched an investigation in 2017 after a woman claimed she had been raped at Anokye’s waterfront apartment in Bristol.

Following his arrest, police examined videos and images on three mobile phones, an external hard drive and a laptop found at the apartment.

They contacted further women and three came forward with complaints of abuse at his hands.

A fifth woman also gave evidence against Anokye during the trial, but jurors heard he could not be charged with alleged offences against her, as they took place abroad.

Following the guilty verdicts, Anokye was remanded in custody – where he has been since his arrest.