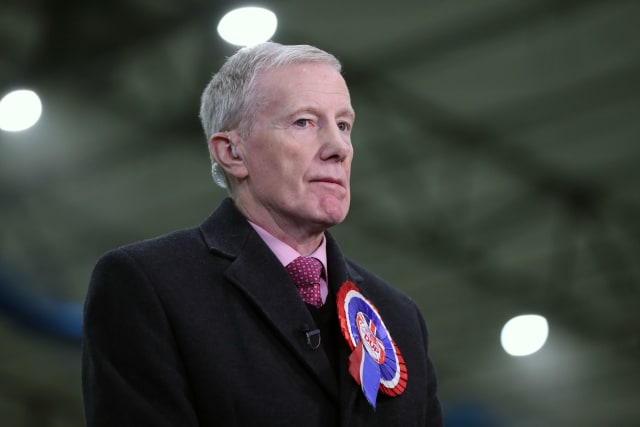 Complaints have been made to the Parliamentary Commissioner for Standards over a social media post by DUP MP Gregory Campbell.

The comment by the East Londonderry representative on Facebook has sparked criticism from Sinn Fein, the SDLP and Irish language activists.

It comes six years after Mr Campbell was barred from addressing the Northern Ireland Assembly for a day after he failed to apologise for an Irish language parody.

He started an address to the Assembly in 2014 with “Curry my yoghurt”, an apparent take on the Irish sentence “go raibh maith agat, Ceann Comhairle” which translates as “thank-you, Speaker”, and is used by some MLAs when addressing the chamber.

On Sunday, Mr Campbell referred to a programme on BBC Northern Ireland about a suspected German spy who had lived in Donegal during the Second World War, and was reported to have spoken Irish with a German accent.

Mr Campbell has insisted it was a “humorous” post.

In a subsequent post on his Facebook page, he wrote: “I respect those who DID NOT see the humour, but those of us who DID, demand likewise. I fully understand, and support the need for language diversity.”

Complaints have been made about the post to the Parliamentary Commissioner for Standards by Conradh na Gaeilge, an advocacy group for Irish language speakers, and a 12-year-old boy.

Conradh na Gaeilge alleged the post is a breach of the House of Commons code of conduct, saying it was “offensive and insulting in nature to those who speak the Irish language”.

In a complaint letter shared on Twitter, Adam Mac Giolla Easbuic, who attends an Irish Medium School in Dungiven – within Mr Campbell’s constituency – requested the commissioner investigates “racist undertones to both Germans and Irish speakers”.

“It is clear that he learned nothing during the Acht na Gaeilge campaign for an Irish Language Act that me and all my friends took part in.

“I don’t think his comments are suitable for an MP to make.

“Thank you for taking the time to read my complaint. I hope that you will investigate this.”

Disagreement between the DUP and Sinn Fein over an Irish Language Act for Northern Ireland was a sticking point in political talks between the parties last year, ahead of the New Decade New Approach deal.