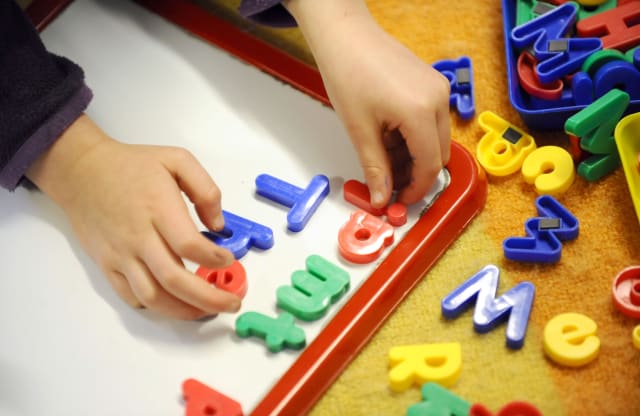 Some nurseries and childcare providers appear to have treated parents “unfairly” by demanding full fees despite closures during the pandemic, the competition watchdog has said.

Parents were pressured to make payments after providers said their child’s place would be lost or they would go out of business, the Competition and Markets Authority (CMA) found.

Other early years providers relied on “unfair cancellation terms”, or large cancellation fees from parents, despite most children having to remain at home amid lockdown.

But the CMA has decided not to take enforcement action against providers at this stage, adding that the sector has encountered “financial pressures”.

The decision comes after the regulator launched an investigation in April into nurseries and childcare providers following reports alleging unfair practices over payments and cancellations.

Nurseries closed their doors in March due to the Covid-19 outbreak, remaining open only for vulnerable youngsters and the children of key workers.

But some parents were asked to pay some or all of their monthly fees, which can amount to hundreds of pounds, to retain their child’s place.

In the open letter to the early years sector on Tuesday, Gordon Ashworth, consumer group director at the CMA, said: “Our investigation found that, whilst the vast majority of providers were striving to reach fair arrangements with consumers in very challenging circumstances, there remained concerns that some were treating consumers unfairly.”

– Providers requiring full or excessively large fees for services which were not being carried out due to the pandemic restrictions.

– Providers relying on unfair cancellation terms, such as requiring unreasonable notice, or high cancellation fees in cases where the business was unable to provide the service.

– Providers putting unfair pressure on consumers to agree to make payments by threatening that the child’s place would be lost or the provider would go out of business.

The watchdog said “it is likely to be an unfair and illegal” practice to threaten to remove a child’s place unless the parent continues to pay full or substantially full fees during lockdown.

“Despite the financial pressures caused by the crisis, providers should not demand that consumers should pay high fees by warning that if they do not pay the fees the business will cease trading and/or livelihoods will be lost. To do so may breach consumer law,” it added.

Consumers should not have to pay for services that cannot be provided and they should be offered a refund where services are paid for in advance, it said.

“Contract terms requiring consumers to pay providers who are not providing the services agreed in the contract are likely to be unfair and unenforceable,” the CMA added.

However, the watchdog recognised that the sector has “encountered financial pressures and uncertainty” amid the pandemic.

It said: “We understand that many providers and consumers will have discussed how best to handle the problems they each face and devised arrangements which work well for everyone.”

The CMA will not take enforcement action, but warned early years providers that parents can still take legal action over breaches of contract and terms they think are unfair.

Neil Leitch, chief executive of the Early Years Alliance (EYA), said: “We know that despite the huge challenges childcare providers have faced over recent months, the vast majority have been wholly fair, reasonable and balanced in their dealings with parents and we are glad that this has been recognised by the CMA.”

Mr Leitch called on the Government to give the sector financial support to ensure no childcare providers are forced to “shut their doors for good” amid local lockdowns or a second wave of infections.

He added: “No provider should have ever been put in a position where they were forced to ask parents for the financial support they should have been getting from the Government.”

Purnima Tanuku, chief executive of National Day Nurseries Association (NDNA), said: “We know that the vast majority of our members have not charged parents during lockdown, or have asked for small contributions.

“These have been very challenging times for parents and providers. We welcome the fact that the CMA has decided to issue advice to the sector on staying within the regulations and understanding their obligations so that parents and providers get the best results, rather than take enforcement action.”