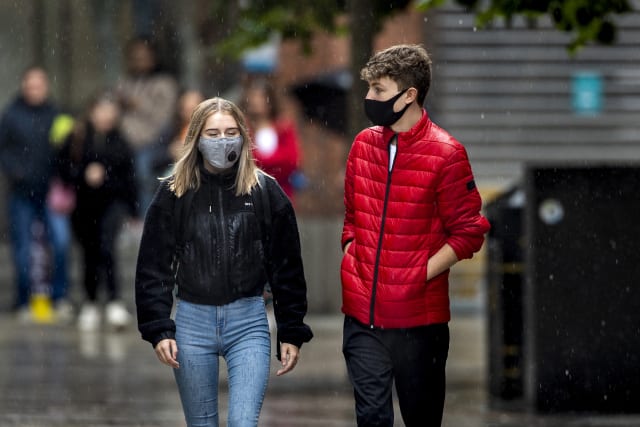 Retail sales returned to anaemic growth in the year to July as shoppers made their way back into shops, but there is still a long way to go before normality returns, according to new figures.

Sales were up by 4%, according to a closely watched survey from the Confederation of British Industry (CBI).

It came mainly as grocery sales grew, up by around a third in the year to July.

Sales of hardware and DIY products were also up, while cards, flowers and stationery sales returned to growth.

However, the high street fashion industry is still feeling the pinch.

The survey was gathered between June 26 and July 15 and 133 businesses responded.

Just under half of these were retailers, 55 were wholesalers and 16 were motor traders, the CBI said.

“This crisis has created winners and losers within the retail sector, and for some businesses the picture remains bleak.

“The reopening of non-essential retail was a vital step towards recovery but isn’t a cure-all.

“The Government has provided critical support for firms and jobs throughout the crisis.

“But ongoing financial pressures are a major challenge for some retailers, and additional direct support to shore up cash flow, such as extension of business rates relief, should be considered.”

Wholesalers reported a fourth straight month of declining orders and sales, though the pace slowed somewhat.

Motor traders said their sales had grown in the year to July, but they expect to return to below zero again next month.

Labour shadow business secretary Ed Miliband said: “While it’s welcome that retail sales figures are up, we cannot be complacent with many parts of the sector still struggling.

“These figures reinforce the cause for concern for many non-food retailers including clothing, furniture and shoe shops.

“The UK is facing the biggest recession in 300 years and we are seeing a wave of redundancies.

“High streets are the backbone of communities across the country, and their continued vitality is absolutely essential to local economies and livelihoods.

“If the Government is serious about protecting the high street, they should back up their words with deeds.

“Labour is calling on ministers to put in place a new £1.7 billion fightback fund, which will give local communities the flexibility to support their local businesses.”