Pair swallowed up as pavement collapses 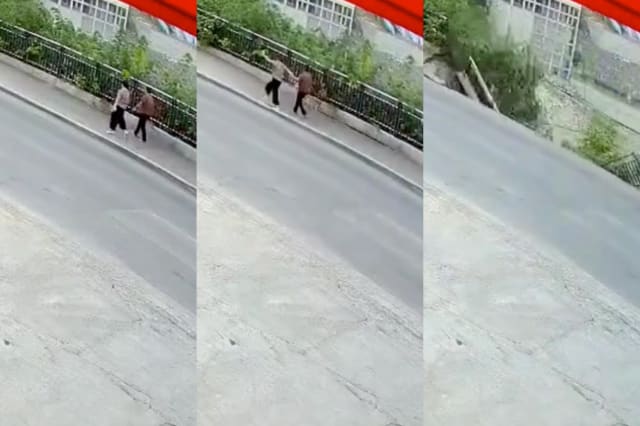 Two pedestrians were swallowed up when a pavement suddenly collapsed in southern China.

They were walking near the Wujiang Second Bridge in Wulong District when the pavement gave way, sending the pair into the pit below.

Onlookers joined firefighters to rescued rescue them. A man suffered a head wound and a woman injured her foot. Both were treated in hospital.

The cause of the incident, which happened on July 27, was being investigated.