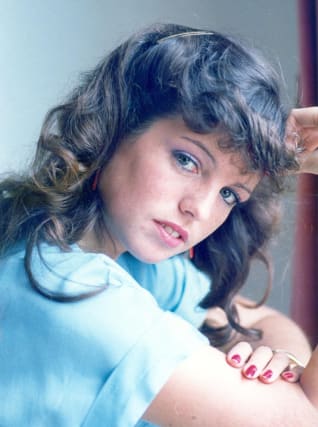 The family of Helen McCourt have launched a legal challenge over the decision to allow her killer to be released from prison, despite never revealing where he hid her body.

The claim for a judicial review will be heard by the High Court on Wednesday, a statement issued on behalf of her family said.

Earlier this year, the Parole Board refused the Justice Secretary’s request to keep murderer Ian Simms behind bars, standing by its original decision to free him.

Ms McCourt’s mother Marie had called on Robert Buckland to step in after the board decided Simms had met the test for release, due to factors including “considerable change in his behaviour”, three decades after the 22-year-old went missing.

Mrs McCourt, 77, of Billinge, Lancashire, is claiming the Parole Board’s decision is wrong because it did not apply the correct legal test during its deliberations, was “irrational” and procedurally unfair.

The legal battle – which Simms is said to be disputing – is thought to be the first of its kind and follows in the footsteps of the 2018 judicial review brought by two victims of black cab rapist John Worboys, which saw the High Court overturn the Parole Board decision to release him.

Mrs McCourt said: “The success of the judicial review into the release of Worboys has given me the courage to launch this action.

“How can a killer who has consistently refused to disclose the whereabouts of his victim’s body be deemed safe to return to society? Refusing to admit his guilt and face up to his crime means he has not taken part in any rehabilitation or reform programmes during his time in prison.

“I am making a stand for all families of missing murder victims and hope and pray that my claim succeeds.

“Ironically, the hearing is taking place on Helen’s birthday. My daughter would have been 55. Yet the man who killed her has been released without saying where he hid her body.

“I want to see justice done.”

Mrs McCourt has been campaigning for years to keep killers behind bars until they lead police to a victim’s body.

Known as Helen’s Law, the Prisoners (Disclosure of Information about Victims) Bill, is now moving towards its final stages of parliamentary scrutiny before being brought into force.

Pub landlord Simms was handed a life sentence after being convicted by a jury on overwhelming DNA evidence of Ms McCourt’s abduction and murder.

He has always maintained his innocence over the death of Ms McCourt, an insurance clerk who vanished on her way home from work in Liverpool in 1988.

The following year he was convicted of her murder and told he would serve at least 16 years behind bars.

After being considered eligible for release in 2004, he was freed from prison in February when High Court judges ruled he should not be kept in custody pending the outcome of the family’s legal challenge.

As part of the conditions of his release he must live at a designated address, have to wear an electronic tag, is subject to a curfew and must avoid contact with his victim’s family.

The hearing is expected to take place online and will decide whether to grant permission for the claim and determine the merits of the application.