Friday could be a scorcher after unseasonably chilly July 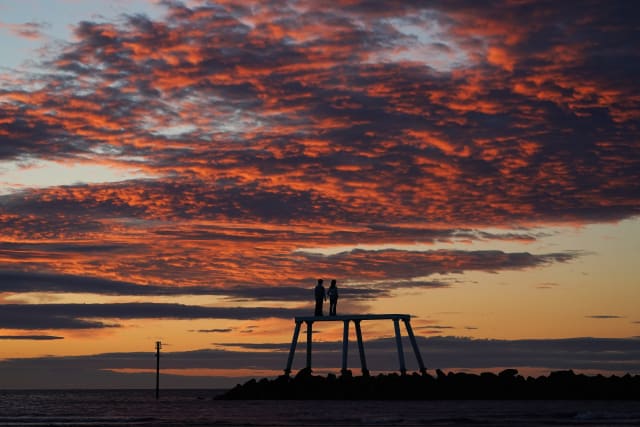 Friday may be the hottest day of the year so far despite following an unseasonably chilly July, the Met Office has said.

So far this month, the highest maximum temperature recorded was 28.5C on July 17 at Heathrow Airport.

The cool temperatures and wet weather are due to low pressure systems and weather fronts coming through, as well as "unseasonal" winds – gusts of up to 50mph were recorded on Monday.

The UK has already surpassed 100% of the average monthly rainfall and only experienced two thirds (66%) of the expected sunshine for an average July – a total of 113.4 hours, Met Office figures show.

The Met Office said temperatures are expected to rise continually over the next few days, with some areas getting into the 30s by the weekend.

But the good weather is expected to be short-lived and will not bring up the UK's average monthly temperature for July.

"We're expecting (Friday) temperatures to potentially get to 33, certainly isolated 33s, which may just get the warmest day of the year, though there was a 33.4 in June," a spokesman for the Met Office said.

"We've not seen a temperature anywhere above 30 so far or even with a three in it – that is quite unusual for July."

The mercury is expected to rise highest in areas such as Reading, Northampton or Cambridge, though 30C temperatures may also feature as far north as the Scottish border.

The Met Office said the good weather would not extend into the three-day "heatwave territory".

"In terms of shifting the overall weather stats for the month, it's not going to do much to the average," the spokesman added.