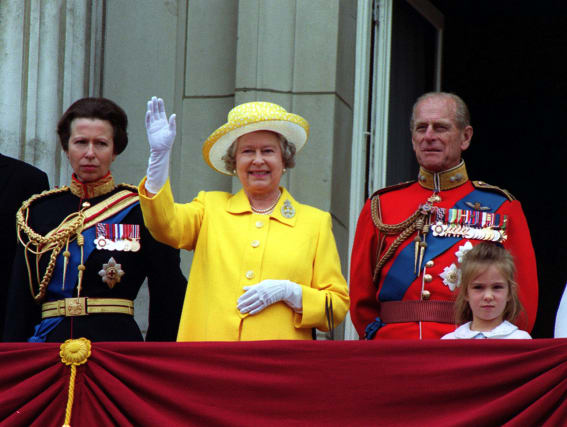 The Princess Royal has paid tribute to her parents for instilling her lifelong love of nature.

Anne has guest-edited Country Life magazine this week to mark her 70th birthday, turning her attention to how best to protect the future of the countryside.

The no-nonsense princess – the only daughter of the Queen and the Duke of Edinburgh – also wrote how she holds her own HGV licence, hates fly-tipping, and sees herself as she writes about rural affairs as a “classic Jack of all trades”.

“Does the little knowledge I pick up make me dangerous or well informed?” Anne remarks in the piece.

The princess, who is 70 on August 15, refers to the instability of her father’s childhood before he was introduced to the “wilds of Scotland” at Gordonstoun School in Moray.

Philip moved between relatives in France and Britain, and rarely saw his parents – with his mother, who suffered from mental illness, being confined to an asylum.

Anne wrote: “I was equally fortunate that both my parents had a love and understanding of the natural world through their own experiences.

“Perhaps even more so for my father when, during his rather disjointed young life, he ended up at school at Gordonstoun and was introduced to the wilds of Scotland, both land and sea.”

She added: “Scotland had its influence on my mother, too, as did the big skies of Norfolk, and the huge fields and marshes of the Sandringham Estate. Windsor’s Home Park and Great Park were a constant presence for her, as they were for all of us.”

The Queen and Philip are preparing to head to Scotland soon, to stay at Balmoral in Aberdeenshire for their much-loved annual summer break after spending the last four months of lockdown at Windsor Castle.

Anne says of Windsor: “Windsor was and is a haven of peace, although not so quiet since the growth of air travel – until the lockdown.”

She acknowledged her father was a “very hard act to follow” after she took over from him as president of the Royal Commission for the Exhibition of 1851, which was set up by Prince Albert.

In the leader entitled “Waste not, want not”, Anne urged people to be careful about waste and energy to secure the future of the countryside.

Controlling waste is something everyone can do to help the planet, she said, adding: “Did I mention that fly-tipping is another major irritation to me?”

Discussing renewable energy, she questioned the need for wind turbines, and stressed the importance of better use of water, as well as waste from crops.

“Replacing fossil-fuel generators has not been easy, but covering the countryside in solar panels and windmills isn’t really the answer, either,” she said.

Anne added: “Small nuclear reactors could have their place, but perhaps there is not the space to pursue that now.”

The princess has held a HGV driving licence since 1974 and wrote of how her two-hour test did not cost much and featured a handling section after which she spent the remainder of the time driving around Reading.

“If you touched a cone, you were unlikely to pass,” she said.

Expressing concern over the lack of HGV drivers, she added: “Now, it is a serious commitment in terms of time and money, which has resulted in a real shortage of HGV drivers.

“This, and the requirement for qualifications for nearly every other sort of vehicle, has made it even more difficult to maintain services.

“The needs of the rural communities during the coronavirus lockdown has underlined the importance of those people and their roles.”

The magazine also features two pieces by Anne’s husband Vice-Admiral Sir Tim Laurence – a light-hearted My Week column on tree-planting and dry-stone walling, and a feature on saving country houses.

The edition also includes a montage of photographs of Anne which have appeared in the publication over the years.