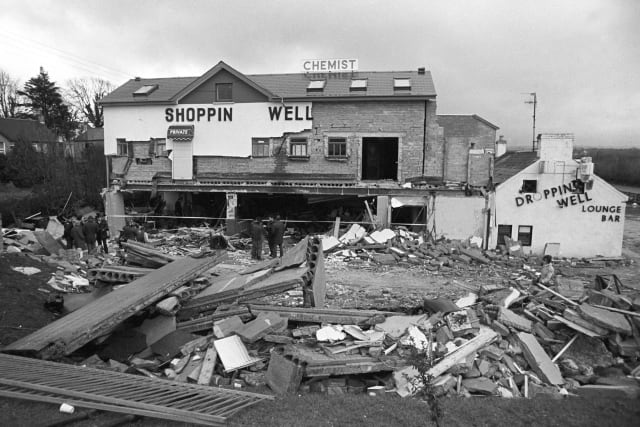 Northern Ireland Secretary Brandon Lewis and the Stormont Executive have been urged to end the “shameful delay” in the delivery of a victims’ pension.

MPs passed legislation last year to establish the payment scheme for people injured in the Troubles but it has been stalled over disputes.

There is disagreement over whether Westminster or Stormont should fund it, a failure to designate a department to administer it and a lack of consensus over who should receive the payments.

The Northern Ireland Executive is facing a number of legal challenges over the delay to the scheme which had been due to open in May.

Shadow secretary of state Louise Haigh met victims at the Wave Trauma Centre in Belfast on Monday during her first visit to Northern Ireland in her role.

“There is simply no excuse for this scheme not to be in operation,” she said.

“Victims have had to wait decades and another insulting delay in their long, brave battle for support is completely unacceptable.

“This is about leadership, and the Secretary of State cannot allow the issue to be kicked into the long grass any longer.

“To help end the shameful delay, the Secretary of State must step up and commit to fund the initial cost of the scheme.

“And we urgently need to see a department designated by the Executive to begin administering this scheme.

“It’s time to deliver the commitment all of us, Westminster and Stormont, made to victims.”

Chief executive of the Wave Trauma Centre, Sandra Peake said the
scheme must be implemented without any further delay.

“It is scandalous one of the group, a woman who lost both her legs in a terrorist atrocity nearly 50 years ago has had to take legal action to force the Executive Office to fulfil its moral and legal obligations to implement the Victims Payment Scheme,” she said.

“The Secretary of State cannot stand on the sidelines while the legislation that was passed by his government is wilfully ignored.

“The recent death of Paddy Cassidy who was part of the campaign for years is a tragic reminder that time is not on the side of the severely injured.”

The scheme was designed to provide payments ranging from £2,000 to £10,000 to those seriously injured in the Troubles every year for the rest of their lives.

Ms Thompson voiced her frustration with the delays to the pension scheme, as well as concerns about future mechanisms for dealing with the past.

“We know that there is no perfect solution that will meet all expectations but we cannot simply throw away the work of all those stakeholders who have brought us to the point where legacy institutions and a victims’ payment are now within reach,” she said.

“Support and pressure, in equal measure, must be brought by all of Westminster to the Governments in London and Belfast to deliver at last for those who have suffered the most.

“We will not falter in our efforts to make that final leap and we would ask our politicians to recognise that this is the last step in finally delivering tangible and meaningful truth, acknowledgement, justice and reparations for victims and survivors, allowing us to move forward to build a better future.”