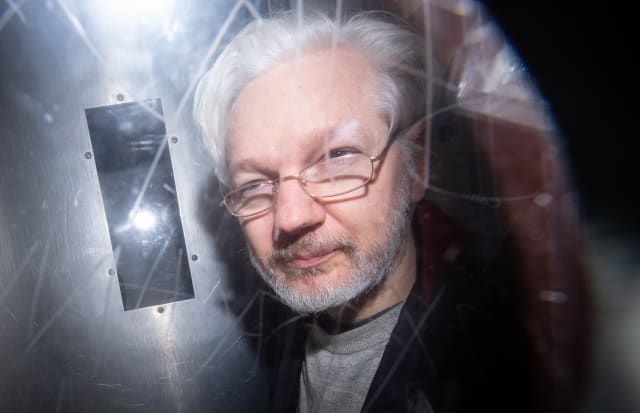 Lawyers acting for WikiLeaks founder Julian Assange said they were “kept in the dark” over a new indictment drawn up by US authorities, a court has heard.

The indictment, published by the US Department of Justice last month, includes fresh allegations which US prosecutors said show how Assange sought to obtain and release classified information.

Assange, 48, still faces 17 charges under the Espionage Act and conspiracy to commit computer intrusion and no additional charges have been added.

US prosecutors now allege Assange sought to recruit hackers at conferences and also of conspiring with the leader of hacking group LulzSec and asking to be provided with documents and databases.

The details of the new indictment have yet to be served as part of his extradition hearing, and prosecutor Joel Smith told Westminster Magistrates’ Court he was unable to “commit to any timetable” for its presentation.

The full hearing, originally set for May, was postponed as a result of lockdown measures introduced to tackle the coronavirus pandemic and will take place on September 7 at the Old Bailey.

The move to alter the allegations has been criticised by supporters of Assange, who say that it will delay the trial further.

Edward Fitzgerald, representing Assange, told the court the defence had been “kept in the dark” about the new charges.

“This is the first time that the US has indicated that they intend to bring a fresh request,” he said.

“(With) the new request we have been kept in the dark about it. We have had it sprung on us.”

Mr Fitzgerald said there were concerns that the new charges would postpone the trial until after the US election in November, adding that President Donald Trump had referred to Assange’s defence as “a plot by the Democrats”.

“We are concerned about a fresh request at this stage with the potential consequences to derail the proceedings and that the US attorney general (is) doing this for political reason,” he said.

Assange attended the short hearing via video link from Belmarsh, having previously been absent due to medical reasons.

“What the US is doing is truly unprecedented. A new indictment is being introduced halfway into extradition proceedings, which have been a year in the making,” he said.

“The ‘new’ superseding indictment actually contains nothing new. All the alleged events have been known to the prosecution for years. It contains no new charges.

“What’s really happening here is that despite its decade-long head start, the prosecution is still unable to build a coherent and credible case.

“So, they’ve scrapped their previous two indictments and gone for a third try. They are wasting the court’s time and flagrantly disregarding proper process.”

It comes as Spain’s National Court was due to hear evidence in an investigation into whether Assange was spied on during the seven years he lived in the Ecuadorian embassy in London.

It is alleged that David Morales and his Undercover Global SL security agency invaded the privacy of Assange and his visitors at the embassy by secretly recording their meetings.