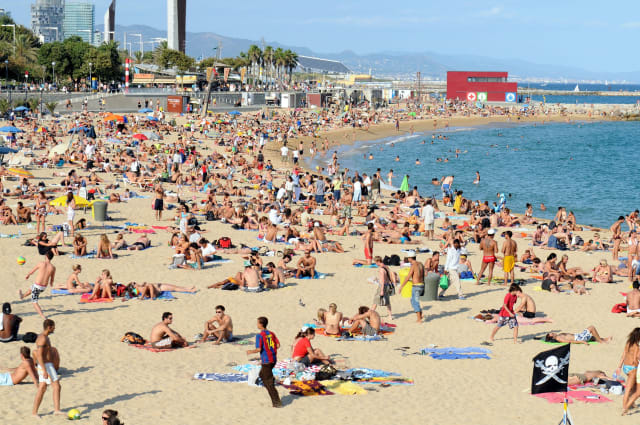 Small and independent travel agencies have spoken of their “utter frustration” over the Spain quarantine requirement, with fears holidaymakers will cancel or delay bookings for the late summer.

The Foreign and Commonwealth Office has advised against non-essential travel to mainland Spain due to a spike in the number of coronavirus cases, and on Monday evening extended that advice to the Canary and Balearic Islands.

The Department for Transport (DfT) had already announced travellers returning to or visiting the UK from Spain, including its islands, must self-isolate for 14 days.

Charlie Panton, director of Putney Travel Company in southwest London, said the Canary and Balearic Islands, which includes Ibiza and Mallorca, should be exempt from the requirement to self-isolate for two weeks as they have low rates of infection.

Speaking to the PA news agency, Mr Panton said he was “struggling to understand” why quarantine measures could not be localised to affected areas, adding: “It’s utterly frustrating.

“As an independent firm we are here to give advice to people and issue refunds, this is an utter mess again.”

He said not enough notice was given of the decision, which was announced on Saturday night less than five hours before it came into force.

“There are people who have planned to travel after the rules had changed, and we are picking up the pieces again,” Mr Panton said.

“It’s been a catastrophic five months and this is going to cause more problems.”

He advocated for quarantine measures for people travelling from specific regions with high rates of Covid-19 cases and for testing at airports.

“There are much more logical ways of doing this,” he added, stating there are bound to be people who are going to ignore the blanket quarantine rule.

On Monday, Downing Street warned “no travel is risk-free” and decisions on border measures and travel advice “can be changed rapidly if necessary to help stop the spread of the disease”.

Sue Alexander, managing director of Eagle Travel in Bedford, said holidaymakers were already reluctant about booking travel to other countries.

“It has further affected the public’s confidence in booking anything in the future,” she told PA.

“Some days we are optimistic, but this has made our lives even more difficult than they were.

“We needed a glimmer of hope to get people away this year, but this breaks any prospect of people booking.

“We have got people with long term bookings to go away in September who are now delaying it until next year or cancelling it altogether.”

Ms Alexander said the Prime Minister should use the same “whack-a-mole” approach he has spoken of previously in managing local outbreaks in England to deal with travellers coming from high-risk areas overseas.

“I think the blanket ban is unnecessary – the Canary Islands and Balearic Islands have low rates of infection,” she said.

Her sentiments were shared by Mark Pollard, managing director of Tony Sheldon Travel in Maidenhead, who described the quarantine announcement as “another step against travel”.

“We have been noticeably quieter today (Monday) and it’s down to people being frightened of quarantine rules changing,” he told PA.

“My first reaction was ‘I’m not surprised’, I think I have seen it coming and warned people anyway.”

Mr Pollard said the announcement came as a blow when so few people are booking holidays, with his firm seeing a 50% reduction for September holidays compared to last year.

“As someone who has been in the industry for 30-plus years, I struggle to see how travel will come out of this,” he added.