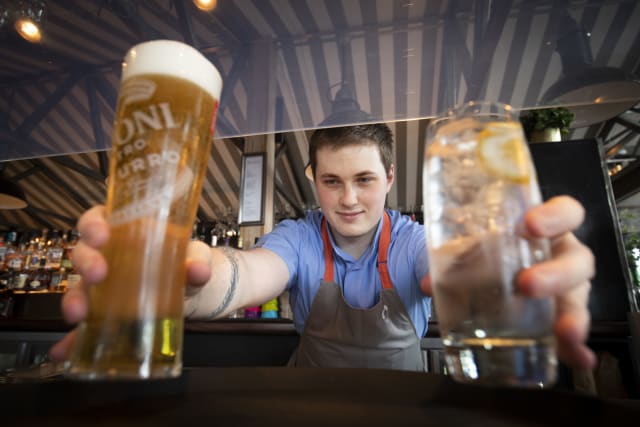 City Pub Group said it has been bringing in less than two thirds of its usual business at the pubs it has reopened after lockdown.

The pub chain said 32 of its 48 pubs have reopened, but on a like-for-like basis sales are only at 63% of where they were before the crisis.

Two dozen of the pubs opened on July 4, the first day they were allowed to welcome drinkers back in England, while another eight reopened over the last two weeks, the company told shareholders.

It will open the remaining 16 sites over the next two months, or earlier if social distancing rules are relaxed even more.

However, after slashing costs the company managed to make a profit and generate cash over the last three weeks, helped by tourist spots.

“We are pleased with our encouraging performance to date since reopening, with our staff working under new rules and adapting to the new socially distanced trading environment with pubs operating at reduced capacities,” it said in a statement to shareholders.

“Stand out performances have been delivered by a number of our pubs, such as the Hoste, North Norfolk, which is benefiting from a significant increase in domestic tourism.”

The company has saved cash on its payroll, consumables, the money it pays for TV subscriptions, entertainment and recruitment.

It has promised a review on how to make more savings at the head office and pubs by the end of September.

A centralised sales and marketing team has already replaced what used to be done locally and regionally.

The board said it was confident that sales will reach previous levels, with costs remaining lower.

It added: “The profitable performance since reopening is a reflection of the quality of our asset base and the professionalism demonstrated by all of our staff, a large number of whom have been with the group for a number of years.”