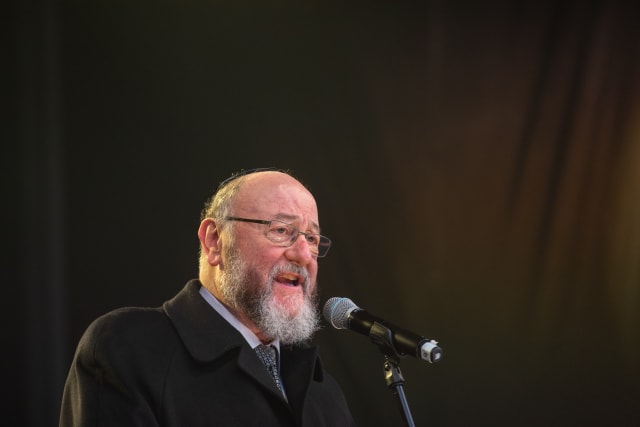 Britain’s Chief Rabbi has accused Twitter and Facebook of lacking “responsible leadership” in their response to anti-Semitic posts by grime artist Wiley.

Ephraim Mirvis said he would join politicians, celebrities and other high-profile figures in a 48-hour boycott of the social media sites from Monday.

The two platforms have been heavily criticised for their slow response to Wiley’s posts, with Twitter accused of “ignoring anti-Semitism” as his tweets were still visible 12 hours after they were first posted.

In letters sent to Twitter boss Jack Dorsey and Facebook chief executive Mark Zuckerberg, the Jewish leader said: “This cannot be allowed to stand. Your inaction amounts to complicity.”

Police are now investigating a series of comments made on the musician’s Instagram and Twitter accounts on Friday that led to him being banned from both for seven days.

Using the hashtag #NoSafeSpaceForJewHate, a number of high-profile Twitter users have announced their support for a planned boycott of the site in protest over the company’s handling of the incident.

Among those confirming they would take part was shadow foreign secretary Lisa Nandy, who tweeted her support alongside the message “#Solidarity”, as did fellow Labour MP Stella Creasy and Conservative MP Brendan Clarke-Smith, who said: “Anti-Semitism has no place in society and there should be zero tolerance of it.”

The official Labour Party account tweeted that it supports those taking part but as the official opposition with the duty of holding the Government to account it “cannot afford to be absent from social media platforms”.

Home Secretary Priti Patel said on Sunday that platforms need to act faster to remove “such appalling hatred” from their sites.

“The anti-Semitic posts from Wiley are abhorrent,” she said in a tweet.

“They should not have been able to remain on Twitter and Instagram for so long and I have asked them for a full explanation.

New regulation to better hold online companies to account is currently being prepared by the Government.

Twitter has previously said “abuse and harassment” have “no place” on its service and that it takes enforcement action over accounts which violate its rules addressing hateful conduct.