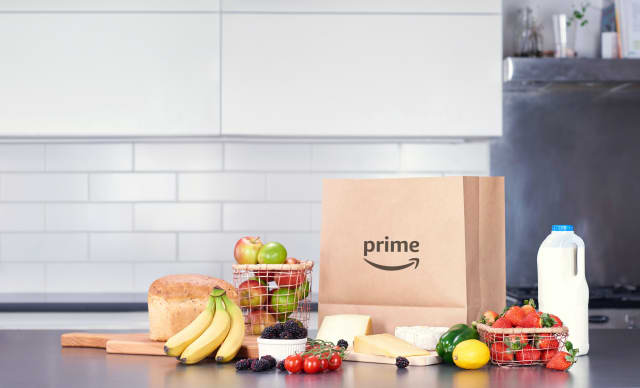 Amazon is to make its Amazon Fresh service free to Prime subscribers, as it looks to rapidly expand the grocery delivery business across the UK.

The technology giant has also said it will speed up delivery times to make same-delivery available to UK grocery customers in some parts of the South East.

Customers subscribing to Amazon Prime will be able to order groceries through Amazon Fresh, with free delivery on orders over £40, from Tuesday.

Amazon said the move will start with about 300 postcodes, focused around London and the South East, with the service expanding to millions more by the end of the year.

Customers can purchase tens of thousands of grocery items supplied by Booths and Whole Foods, as well as a raft of brand suppliers such as Pepsi, Danone, Warburtons and Britvic.

The move comes as Amazon has continued to invest millions in the Prime service, which provides customers with free next-day Amazon delivery and films, and TV programmes via its Prime Video streaming service.

It said Prime customers in more than 40 postcodes across the South East, covering areas such as Woking and Guildford, will be able to order same-day grocery delivery.

Amazon said it plans to expand the service to more customers by the end of 2020.

It comes after the technology giant saw grocery sales surge during the lockdown, as more shoppers wanted food to be delivered to their doors.

Russell Jones, country manager at Amazon Fresh UK, said sales have been "particularly strong" following the lockdown, but stressed that the latest move had been in the pipeline long before coronavirus hit the UK.

Mr Jones said: "Prime members love the convenience of grocery delivery at home, which is why we've made Amazon Fresh a free benefit of Prime.

"Grocery delivery is one of the fastest growing businesses at Amazon and we think this will be one of the most-loved Prime benefits in the UK.

"We will keep improving the grocery shopping experience so by the end of the year, millions of Prime members across the UK will have access to fast, free delivery of groceries."