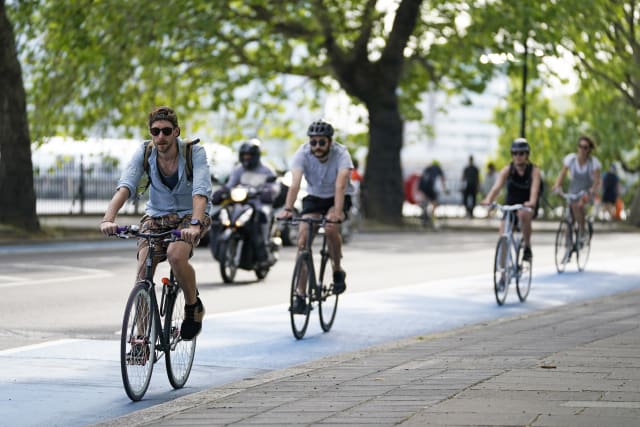 The Government’s delayed £25 million bike repair scheme will launch on Tuesday, a retailer has announced.

Halfords said customers in England will be able to use £50 vouchers towards the cost of fixing bikes.

Up to half a million of the vouchers to help the public “drag bikes out of retirement” were due to be issued from June as part of Government efforts to promote more two-wheeled journeys as lockdown eases.

During a Downing Street coronavirus briefing on May 23, Transport Secretary Grant Shapps said the initiative would be “available from next month” and help relieve pressure on public transport, improve public health and reduce the “hidden killer” of air pollution.

But the deadline was missed, with the Department for Transport saying earlier this month the scheme would only begin when maintenance shops could handle the expected spike in demand.

Halfords said it has thousands of slots available each day for customers to bring their bike into stores for a free 32-point health check to assess potential faults which could be rectified under the scheme.

A poll of 2,000 adults commissioned by the firm indicated that only 48% of people know how to repair a puncture, 43% could tighten lights and fix a loose chain, and 37% could adjust their own brakes.

Halfords chief executive Graham Stapleton said: “When it comes to bike repairs, we’ve noticed a change in customer mindset, with more cyclists turning to us to help with the smallest of fixes as they dust off their old bikes and seek to avoid public transport.

“It’s a trend that’s being driven by busy lives and lack of time for consumers who don’t want to carry out awkward maintenance jobs.

“As part of the scheme, our thousands of highly skilled bike mechanics will offer each cyclist a free 32-point bike check and diagnosis, which will help them decide how best to spend their voucher.

“We think the Government’s Fix Your Bike voucher scheme will not only help individuals become more confident about keeping their bikes maintained, but will help speed up the cycling revolution.”

DfT figures show there has been a surge in cycling following the coronavirus outbreak.

Compared with the equivalent day in the first week of March, cycling usage nearly doubled over the weekend of July 18/19.

Monday July 20 – the most recent weekday for which data is available – saw cycling at 146% of pre-lockdown levels.