Westminster Abbey set to lose £12m due to coronavirus 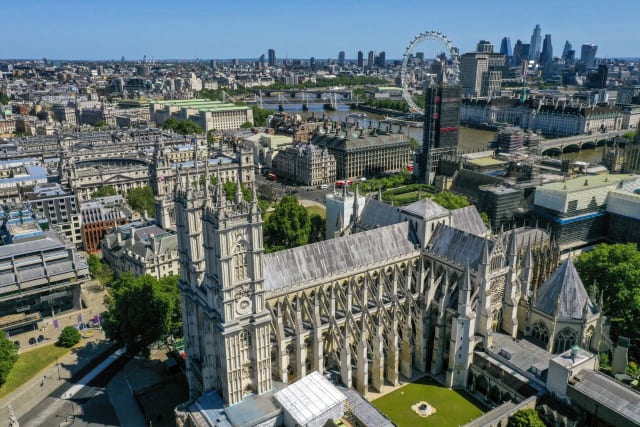 Coronavirus has dealt a “shattering blow” to Westminster Abbey’s finances, the church’s dean has said.

The abbey is set to lose £12 million in revenue this year and possibly next year and could make some of its staff redundant as a result of the lockdown.

It closed on March 20, causing a loss of entrance fees which make up more than 90% of its income, according to Dr David Hoyle, the Dean of Westminster Abbey.

Dr Hoyle told the BBC: “I’ve been hearing pretty routinely from volunteers, from members of staff, just about a savage sense of loss, there’s been a church here for over a thousand years and we’re not used to being shut.

“So that’s been dislocating and then, of course, a few weeks into this we began to measure out just what was going to happen to us financially and that’s been a pretty shattering blow.”

He said it usually costs more than £27 million to run the abbey each year.

Music has been suspended since March and initial plans for singing to return in August are “unlikely”.

The abbey will also stop regular Sunday services at St Margaret’s, a nearby church in Parliament Square, and its professional choir will be disbanded.

Dr Hoyle added: “I arrived here in November, a bit daunted and full of excitement, you fall in love with this place, frankly, pretty well instantly.

“I’d spent four months getting to know my colleagues but now I’m having to say to people it’s not just your livelihood we might be taking away, because we may have to make you redundant, but actually you live and breathe the abbey.

“You don’t just come to work, you love this place and you love talking about it, that’s dreadful.”

Westminster Abbey is now open for services and visits but numbers are limited due to social distancing measures.

It is classed as a Royal Peculiar and is owned directly by the monarch, meaning it cannot receive funding from the Church Commissioners.

The abbey has hosted the coronations of English and British monarchs since William the Conqueror in 1066.

The wedding of the Duke and Duchess of Cambridge was held in the abbey in April 2011.

It was also the venue for the funeral service for William’s mother Diana, Princess of Wales, in 1997.

A Buckingham Palace spokesperson declined to comment when asked if the Queen would provide emergency funds to the abbey.