UK adds Spain to quarantine list: What does this mean for holidaymakers? 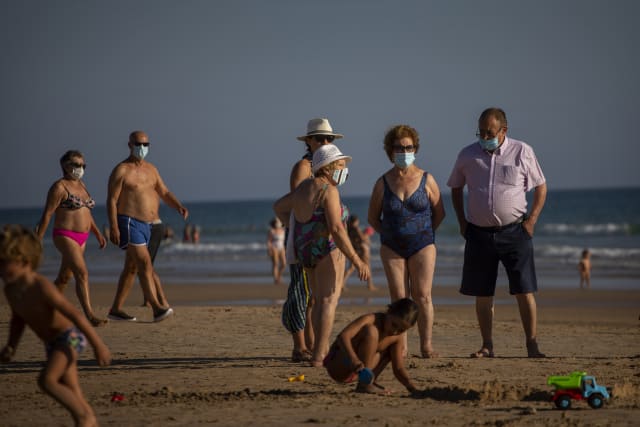 The UK has removed Spain from its list of safe countries to travel to after fears were raised that the European country was experiencing a second wave of coronavirus infections.

It means those returning from the country will have to self-isolate for two weeks upon their return to the UK.

Here is what it means for holidaymakers:

– When will holidaymakers have to self-isolate?

The measure came into effect from midnight on Saturday, meaning that from Sunday all returning travellers will have to quarantine themselves for 14 days.

It applies to people returning to any of the four nations of the UK – England, Scotland, Wales and Northern Ireland.

– Why is it being brought in now?

The Government said the move follows a “significant change” over the last week in both the level and pace of change in confirmed cases of Covid-19 in Spain.

The country has reported more than 900 new daily infections for the past two days.

Catalonia became the latest region to crack down on nightlife, trying to halt new infection clusters.

The wealthy north-east region – home to Barcelona – ordered all nightclubs to close for 15 days and put a midnight curfew on bars in the greater Barcelona area and other towns around Lleida that have become contagion hot zones.

– What should people do if they are already in Spain?

People currently on holiday in Spain have been encouraged to follow the local rules, return home as normal and check the Foreign and Commonwealth Office’s (FCO) travel advice pages on gov.uk for further information.

The FCO is not advising those already travelling in Spain to leave.

Abta – the UK’s travel trade association – has advised customers in the country to continue their holidays and return as normal.

– What should holidaymakers do if they have a trip to Spain booked?

The FCO is advising against all but essential travel to mainland Spain.

Holiday operator Tui has said it will cancel all planned holidays to Spain in response to the announcement and customers will be contacted to discuss options.

Abta has advised customers due to travel to the country imminently to contact their travel provider.

Meanwhile, airline easyJet said it planned to operate its full schedule in the coming days.

– Does the quarantine apply if the holidaymaker has been to a Spanish island?

Quarantine measures will apply to those returning from mainland Spain, the Canary Islands (Tenerife, Fuerteventura, Gran Canaria, Lanzarote, La Palma, La Gomera, El Hierro and La Graciosa) and the Balearic Islands, such as Majorca and Ibiza, the Department for Transport confirmed.

– What will happen with travel insurance?

The Association of British Insurers (ABI) has said it is “likely” that travel insurance will remain in place for holidaymakers already in Spain until they return home.

However, those attempting to travel to countries against FCO advice would invalidate their travel insurance.

The ABI said people who booked a trip or took out travel insurance after Covid-19 was declared a pandemic may not be covered for travel disruption or cancellation. In either circumstance, travellers should check with their insurer.

– What about employers whose employees have to go into quarantine?

Foreign Secretary Dominic Raab said no worker following quarantine guidance should be penalised by employers, including by being put onto sick pay.

He said that if someone is following the law in relation to quarantine and self-isolating, “they can’t have penalties taken against them”.

Labour wants the Government to do more to help quarantining employees.